The Synergy is a digital additive synthesizer manufactured from 1982 to 1985. Of the approximately 700 to 800 that were produced, it is estimated that less than 100 may still be in operation today. In the 1970's, Bell Laboratories developed a high-speed additive oscillator system which was used by Digital Keyboards, a US-based division of the Italian synth/organ maker Crumar, to create a sophisticated additive synthesizer known as the Crumar General Development System (GDS). The GDS originally sold for about $27,500. The Synergy was essentially a lower-cost version of the GDS, without all the programmability of the GDS, and a price tag closer to $5,300. After a few years of production, DKI and the Synergy were shut down. However, the technology in the Synergy was ported over to a new instrument known as the Mulogix Slave 32, a rack-mount MIDI-equipped version of the Synergy, and was produced until 1989.

Although the Synergy is not programmable, it does feature 24 tone presets (with many more available via 24-tone cartridges). The sounds are generated by additive synthesis and phase modulation using 32 digital oscillators, computer controlled, and allocated dynamically. Polyphony is variable, depending on the selected tone preset. Typically the Synergy is eight-voice polyphonic with four oscillators being used per voice. However, some tones may use only two oscillators per voice, allowing up to 16-voice polyphony.

The Synergy can also play up to four different tone presets simultaneously, a very unique feature for its time. These tones could be assigned to the keys of the keyboard in a number of different ways, such as in unison, rotating (each new note triggers the next tone), first-available, fixed-split, and a unique floating-split mode in which a tone tracks the movement of a hand, thereby not limiting the player to the confines of traditional fixed-split keyboard conventions.

The Synergy also features a four-track sequencer. The sequencer can record in real-time, allows for overdubbing, as well as the ability to play free on top of your recorded sequence. Up to 1,860 notes can be recorded. The Synergy has very flexible envelopes as well. The envelopes have up to 16 stages per oscillator for both amplitude and frequency, with multiple rates and breakpoints, and they are loop-able.

The keyboard is a large 74-note affair with velocity sensitivity. The keyboard velocity controls both the amplitude and timbre of the tone via a pair of sensitivity controls that can be used to dial in the amount of amplitude or timbre you want affected. The timbre control affects the filter/brightness or the effect of a sound (ie: delay), depending on the tone preset. A joystick is used, somewhat oddly situated on the left front panel, to control the programmable pitch-bend and vibrato modulation. An intelligent portamento effect is on-board as well, that can produce portamento glides polyphonically, allowing for multiple sliding notes at the same time.

The Synergy has eight user-memory slots for storing the setup of the keyboard playing state. The depth, rate and amount of vibrato available to the joystick can be stored, as well as the speed and type of portamento selected, transposition of the keyboard, velocity sensitivity settings, and mono/polyphonic modes. Sequencer data, however, is volatile and will be lost when turned off.

Even without the ability to program the sounds of the Synergy, its responsive keyboard and flexible envelope features make for a very expressive instrument. The preset tones can reproduce acoustic instruments such as pianos and strings with great realism and clarity. But FM-type sounds and other digital synth timbres are also on tap. The looping envelopes and sequencer can also be used to create eerie textures, and swirling, morphing drones and pads with plenty of complexity.

It was the Yamaha DX7 that did the Synergy in, at the end. The DX7 was capable of creating many similar types of sounds, but was at the same time, totally programmable and cost three times less. The Synergy has been used by Wendy Carlos (and used almost exclusively on her albums Digital Moonscapes and Beauty in the Beast). Carlos also used the GDS, which was used on the TRON soundtrack. Carlos has also programmed many sounds for the GDS/Synergy, some of which are available on preset cartridges.

Later models of the Synergy, known as the Synergy II+, feature MIDI implementation, 24 user voice RAM, and an RS-232 computer port. This allowed support for Kaypro II portable computer systems running Synergy voicing software to open up the possibility to finally edit the sounds of the Synergy as well as to save patch and sequence data on to floppy disk.

The GDS, Synergy, Synergy II+ and Slave 32 are all historic synthesizers. While not commercially successful like the Yamaha DX7, they are still among the finest synthesizers ever made due to their amazing sounds and flexible performance features, and they were certainly ahead of their time. Wendy Carlos still uses the Synergy to this day. A working Synergy is a great and rare find. A working Synergy with some tone cartridges and a working Kaypro II computer is an even greater (and rarer) find! 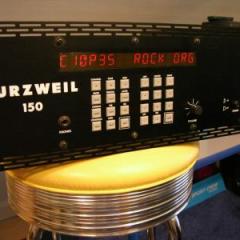 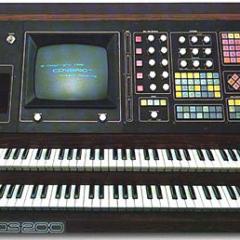 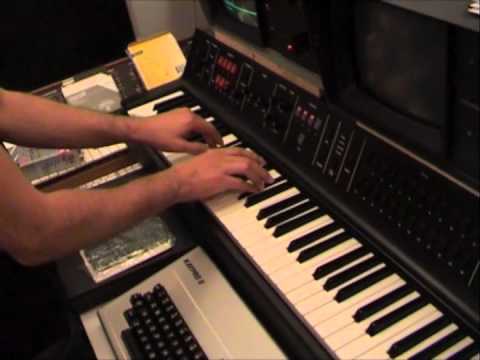 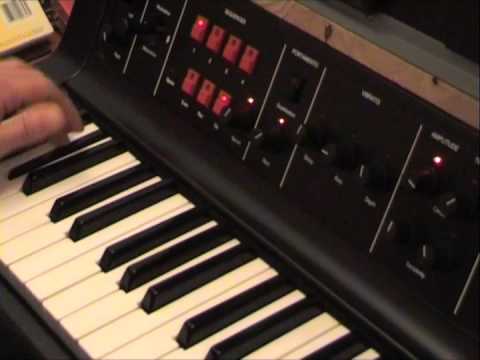 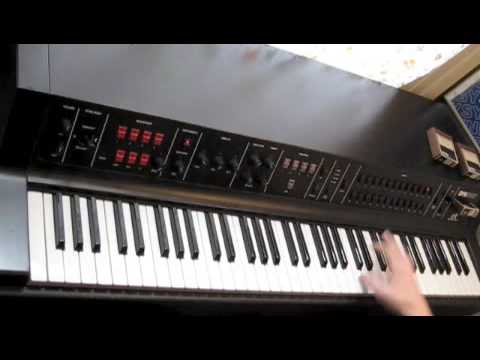