The Echoplex Digital Pro is a digital delay designed for the performing artist! Although conceived in the early nineties, it's a lot like the new Repeater Loop Recorder from Electrix Pro. Because of the Echoplex's extended and high quality sampling time for its digital delay effect, the Echoplex can be used to record, sample, and play loops all in realtime! The Echoplex features 16-bit digital 44.1kHz recording/sampling to RAM. It ships with 50 seconds worth of memory, however this can be easily upgraded just like any sampler using standard RAM SIMM chips to up to 200 seconds of recording time.

Although the Echoplex may have been designed with the intentions of being a modern digital delay based on the classic tape-based analog delays (Maestro Echoplex EP3), the Echoplex offers digital, clean, and intuitive performance features. Play anything into it, loops, guitar, keyboards..all in realtime. As soon as you stop recording, the sampled material begins looping...and you can now jam along with it! Overdub additional loops and build arrangements, all on the fly!!! The number of overdubs and length of loops is limited only by the amount of memory. Mistakes or undesirable loops can easily be undone. The Echoplex can store up to 9 separate loop/arrangements. A cool EFC-7 Foot controller can also be used so you can punch in and out of loops without having to use your hands...so you can keep playing.

The Echoplex is also fully MIDI capable. All controls send/receive MIDI data and even the Loops can be saved and loaded via MIDI! MIDI sync makes sure your loops can be locked to the tempo of your MIDI sequencers giving the Echoplex a niche in your MIDI-studio as a dedicated loop-player! Loops, like samples, can be assigned to keys on a keyboard and can be triggered as loops or single-shot samples. Other functions of the Echoplex include Reverse, for backwards loops, and a Multiplay feature which repeats loops a user-defined number of times to create an extended loop (ie: extend a 4-beat loop into a 16-beat loop). Unfortunately there are no robust effects available such as filtering, time stretching, pitch shifting, stereo-effects, or resampling. But it is a lot more practical, reliable, and cleaner sounding than any old analog tape-based Echoplex from the 1960's!! It has been used by Brian Eno, U2, and Crystal Distortion.

The original Oberheim Exhoplex was initially released in 1994. Later, in 2001 it was relabeled the Gibson Echoplex after Gibson took over Oberheim. Then it was reissued in 2003 in a slightly upgraded form as the Gibson Echoplex Digital Pro Plus (pictured above in black). 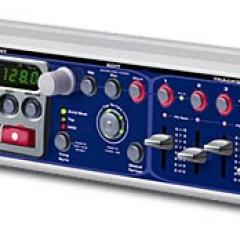 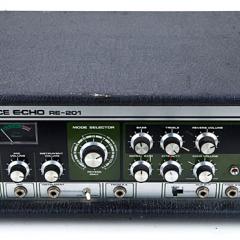