In the range of Yamaha’s late ‘80s - early ‘90s digital synths the TG (Tone Generator) line was the group of mainly rack-mountable instruments. Some of them were the module version of the SY-workstations (without keyboard and onboard sequencer).

The TG55 is basically a 16-bit sample playback based synth module – perhaps the first one from Yamaha employing this kind of sound generation, other than the old classic FM at DXs and TX modules - which appeared also in the same era like, e.g. the Roland U-220.
This synthesis method used in the TG55 is called AWM2. The name stands for Advanced Wave Memory 2nd generation – it’s essentially Yamaha’s name for the PCM playback. The first original version of AWM had a 12-bit resolution, only the second version became 16-bit.

In its 2MB sample ROM, amongst 74 waveforms there are 50 acoustic instruments, 16 drum sounds, 8 digital waveforms – all of them are sampled in 16-bit depth and at 32 or 48 kHz sample rate.

The TG55’s sample oscillators are called "elements" - each patch consists of 1, 2, or 4 of them. The maximum polyphony is 16 voices.
The factory sounds are those quite typical early nineties, but don’t judge it by only the presets. It has strengths like nice ambient pads, or new-age synths – they can sound crisp and clear. Considering its age, it hasn’t got the most realistic acoustic patches, but in case of deeper programming, this module is really capable of much more. It also has waveform and data expansion card slots for expandability.

It has a keyboard workstation brother called SY55 (that lacks the extra pair of individual outputs) released a year later. The TG55's successor, the TG500 had a much larger sample ROM and polyphony two years later. In the family of TG modules, somewhere between the rather tabletop vector-controllable AWM/FM TG33 module, and the flagship TG77 – which is a real monster with its AWM2/AFM capabilities – the TG55 (and later the TG500) is unique using pure AWM2 sound generation method.

Nowadays, TG55 may seems a little dated but it’s also a quite underrated 1U module that still can produce interesting sounds. Although it’s a bit difficult to edit with only the onboard buttons, it has extensive voice editing functions. Since TG55s are very solid, well-built constructions, (plenty of them are still working good after more than 25 years) – while they are relatively cheap these days, they can be useful extensions for a synth setup of experimenter musicians. 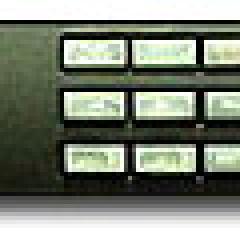 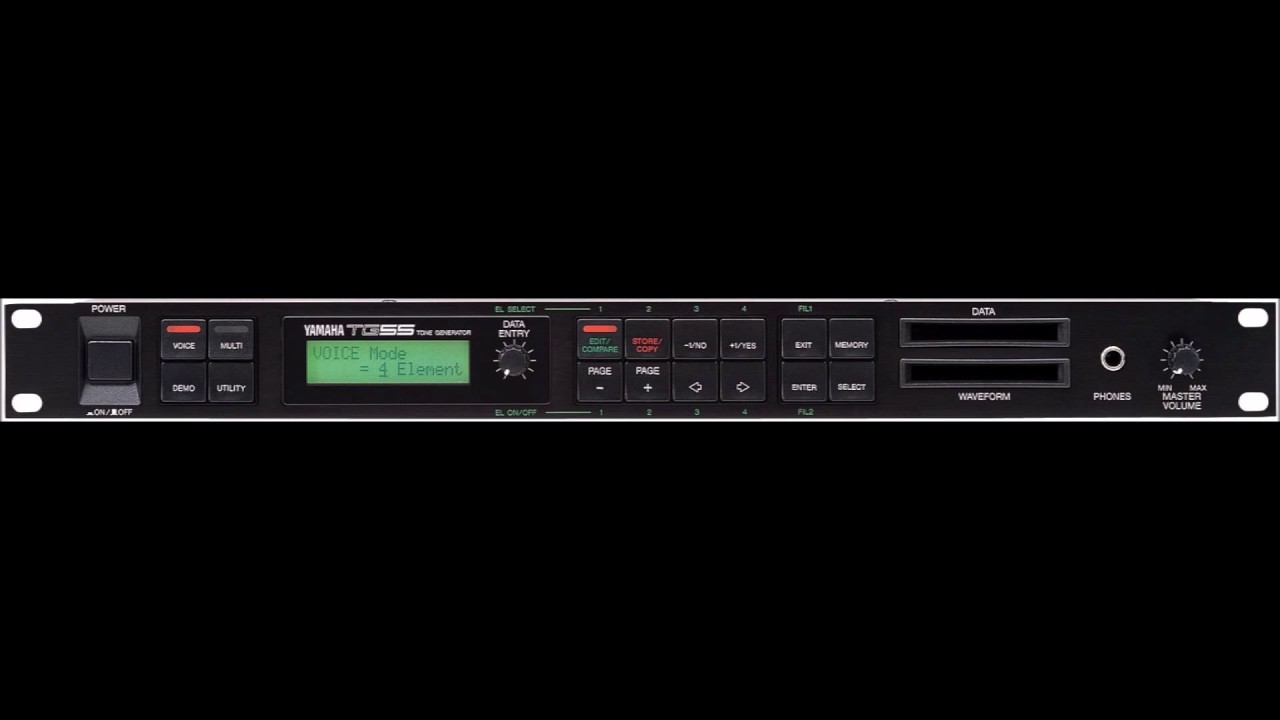