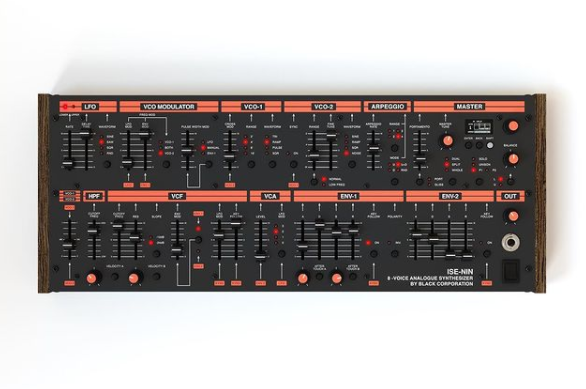 Black Corporation, the boutique synth maker from Tokyo behind Deckard’s Dream, Kijimi, and Xerxes, has recently announced an upcoming addition to their roster. All of their previous synths took inspiration from classic analog synthesizers, and the upcoming one, called ISE-NIN, is no exception. Their designer posted an image of ISE-NIN on Instagram and stated that it had been a while since Black Corporation released their last poly synth. He also added ISE-NIN would be coming later this year and that it will have full MPE support and micro tuning by ODDSound MTS-ESP.

Synth enthusiasts quickly spotted that ISE-NIN appears to be heavily inspired by the Jupiter-8, and the Instagram post also had a “Jupiter Planet” tag. Some big names in the synth community expressed their excitement on the post, and the name generated a lot of speculation, too. Not much information is currently available, but keep an eye on the official Black Corporation website, where pre-orders are expected to be added soon https://black-corporation.com/. The Black Corporation Instagram page is also a good place to keep up with their announcements (https://www.instagram.com/blackcorporation_jp/).