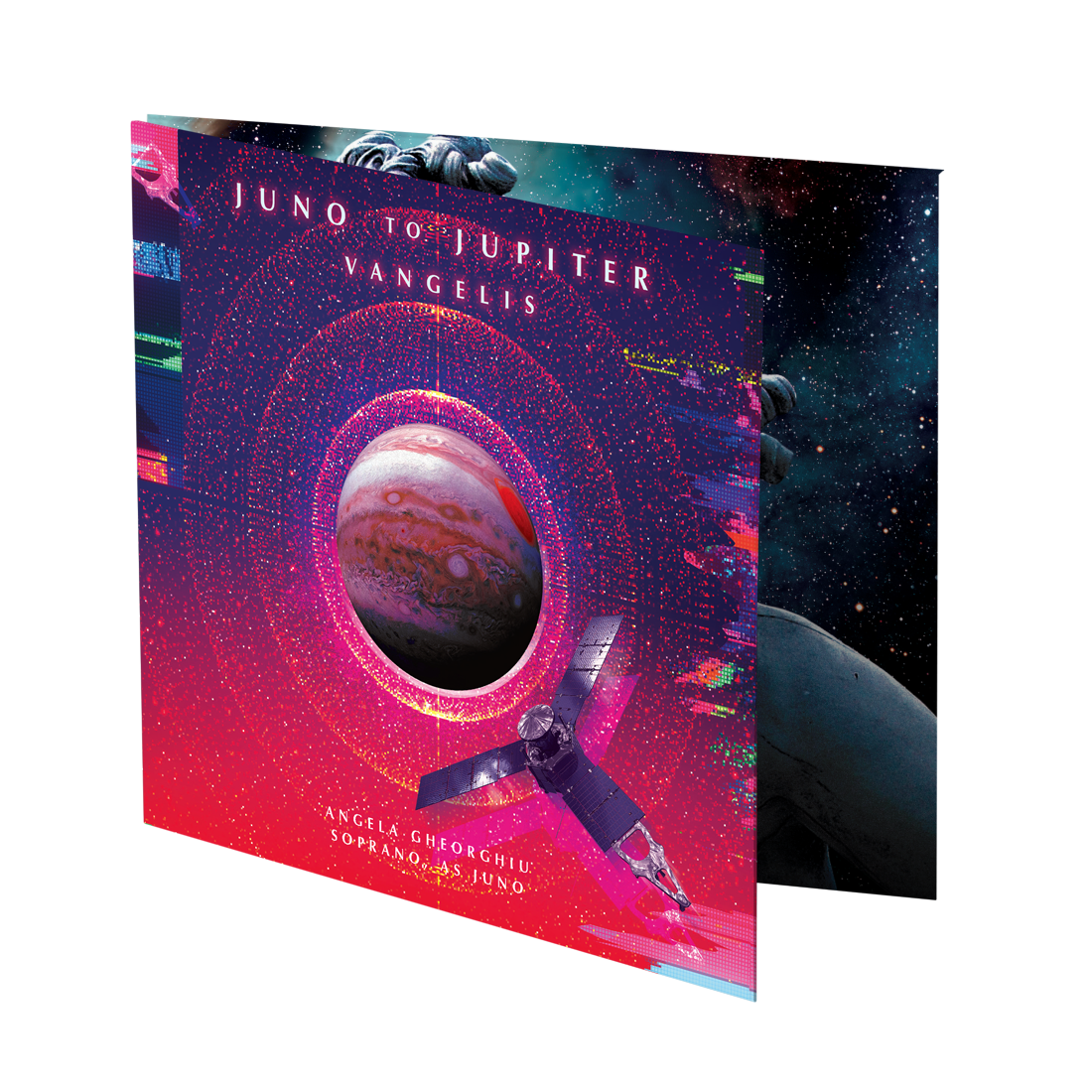 Vangelis certainly doesn't need any introduction in synth circles as the Greek musician and composer have been featured on everything from Chariots of Fire to Blade Runner. In addition, he has released numerous albums over his long and distinguished career, with his last studio album being Nocturne: The Piano Album from 2019. It featured some of his old compositions, along with a few new ones, played on a grand piano.

In July of 2021, Vangelis revealed that he would be releasing a brand new album titled Juno To Jupiter later in the year. Over the course of the year, three pre-release singles were made available, with the full album released on the 24th of September. Juno to Jupiter is available right now on CD and digital formats, but those who prefer vinyl will have to wait until February of 2022. Next year June will also see the release of a limited-edition box set. The box set will feature 2LPs, a Mintpack CD, a 172-page hardback book detailing the project, as well as a Lenticular Bookmark.

According to Decca Records, Juno to Jupiter was inspired by NASA's ground-breaking work with the Juno space probe mission to Jupiter as well as some classical Greek mythology. The album not only includes sounds from the Juno launch event on earth but also from the probe and its surroundings that have been sent back to earth. In the booklet accompanying the music, Vangelis describes his goal as allowing a new understanding of the Juno mission to Jupiter and the amazing discoveries being returned every day. Just like the spacecraft is designed to peer through Jupiter's cloud layers, so was Hera able to discover her husband Zeus' activities by observing through the clouds.

The Soprano who voices Juno on the album, Angela Gheorghiu, also expressed her delight at being part of the project. She stated that she had worked with Vangelis before and accepted immediately when he contacted her to feature on the album. Juno to Jupiter also features some spoken word samples courtesy of NASA.

Listen to the first track, ATLAS' PUSH, below and head over to the official Deca Music website to purchase a physical copy of the album or to pre-order the limited edition.