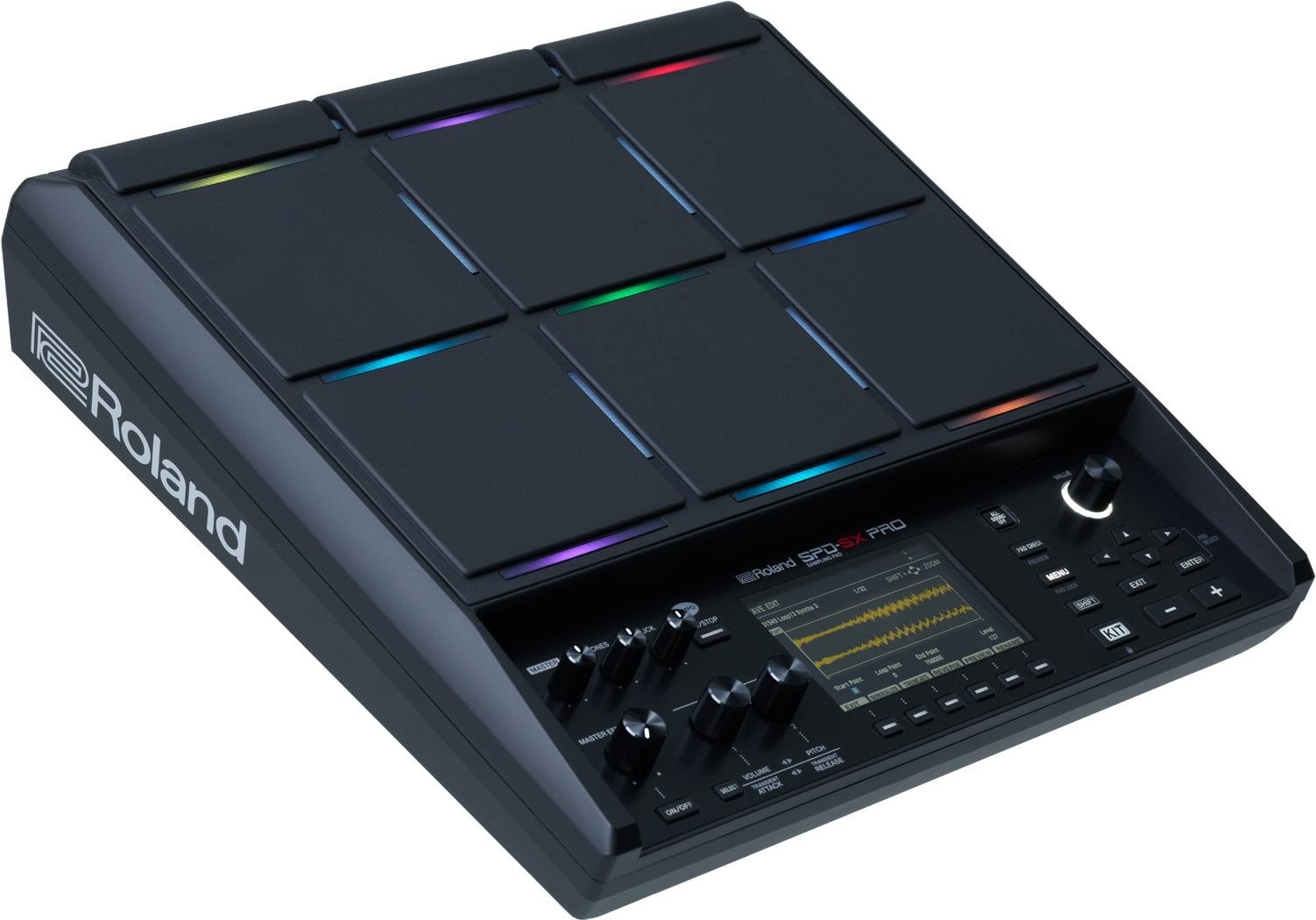 Roland announced the latest flagship model in their SPD sampling pad lineup, the SPD-SX PRO. Roland describes it as “the ultimate sampling pad for the most demanding gigs” and designed it after extensive feedback from previous models. The SPD-SX PRO is a top-tier product that harnesses the same advanced sample pad technology as its predecessors, the SPD-S and SPD-SX. However, according to Roland, the SPD-X PRO is built for life on the road and boasts an array of requested professional enhancements.

Some of the SPD-SX PRO highlights include nine pads with Roland’s advanced trigger technology, including six large pads and three top-row shoulder pads. It also features high visibility, horizontal and vertical LEDs with multi-color customization, a 16-step pad sequencer function, and a built-in click/metronome. In addition, it has a 4.3-inch color display, 32 GB of internal storage for samples, backing tracks, and click tracks, as well as an onboard effects engine with up to four effects in parallel, plus side chain with output routing. Roland increased the should pad sensitivity for the SPD-SX PRO and improved crosstalk performance too. Users can even connect hi-hats, kicks, and snare to turn the SPX-SX PRO into a “mini drum kit.” Over 15550 pre-loaded, high-quality samples and sounds are included with the sampling pad, and it can also import WAV/AIFF and MP3 files with automatic conversion upon loading. Performances can be recorded as WAV files and assigned to pads for real-time creation.

Check out the video below for a comparison between the SPD-SX PRO and SPD-SX.

There is a lot more to the SPD-SX PRO, so be sure to check out the official website for all the information and full specification (https://www.roland.com/global/products/spd-sx_pro/). The SPD-SX PRO is available to order now for $1199/€1199.