The MB 33 is a rack-mounted TB-303 clone released in the mid-nineties by German synth maker MAM (Music And More). It's basically identical to the Freebass 383 (which had a different front-panel design). It is a true analog monophonic bass synthesizer with MIDI implementation so you can create 303-like bass lines from your sequencer. Its single VCO offers the same two basic waveforms as the TB-303: a sawtooth and square wave. But in the MB 33 they can be mixed together for a more interesting tone than the 303 could originally produce.

Additional knobs control the VCO tuning, filter frequency cutoff, resonance, envelope mod amount, envelope decay time and accent intensity - the same controls found on the TB-303! The 24dB lowpass filter can also produce the characteristic sound of the 18 dB filter used in the original 303. There's also an auto-slide function (4 octave range) for producing those 303-style slides and a separate input for filtering external signals through it. Unfortunately there is no program storage.

The MB 33 mkII (pictured above) released in 1998 adds a few more features. The 24dB filter has been replaced by an 18dB filter just like the original TB-303 used. A new sub-oscillator was added and can be mixed with the other two waveforms for even meatier mono-bass sounds. A new distortion effect is also present and can be dialed-in to dirty things up - sounds great when resonated at high frequency cut-offs! MIDI can send/receive controls for the cutoff, resonance, ENV mod, accent, decay, distortion, and autoslide on/off.

Whereas the original MB 33 and Freebass 383 before it sounded very much the same as the TB-303, the newer MB 33 mkII adds even more possibilities for creating your own unique 303-like sounds - and at a fraction the cost of an original 303! 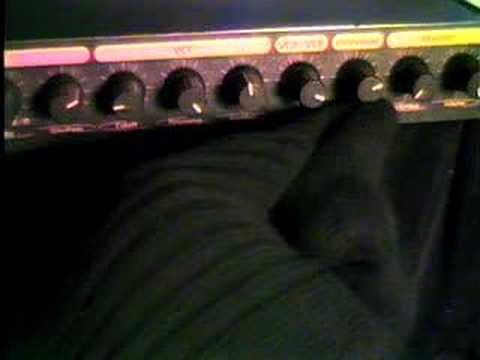