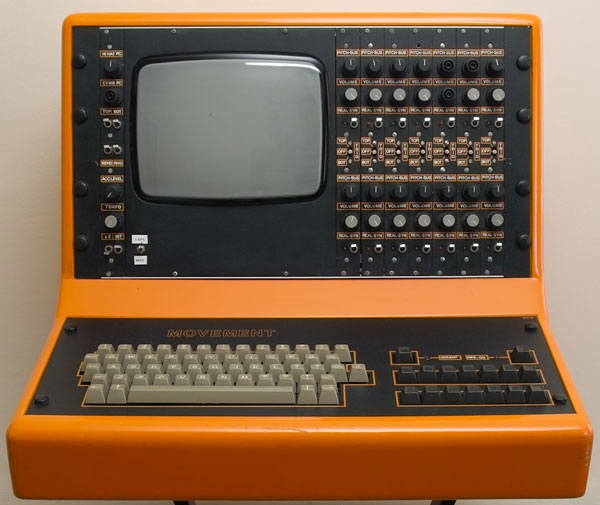 The Drum Computer (or Percussion Computer) from Movement Computer Systems is a very rare British made drum machine circa 1981. It is estimated that only 30 or so units were produced. It combines analog synthesized drum sounds (Simmons style) and digital 8-bit sampled drum sounds (LinnDrum style). There are seven voice cards, each with two drum voices, for a total of 14 drum voices. Each drum voice can be switched between either the analog (syn) or digital (real) mode and has its own Volume and Pitch-Sustain control knobs.

Its most obvious and unique feature is the computer-like interface. It is used to facilitate graphic editing of the sequencing of drum patterns, with data displayed on a monochrome CRT display (video can be output to an external monitor via connections on the rear). Sequenced patterns can be chained together into Songs. It does not offer graphic drum sample editing or synthesis. New drum sounds can not be sampled in to it either as it does not appear to have audio inputs. It does, however, have extensive outputs including stereo out, individual outputs for each voice, individual Trigger inputs and outputs for each voice, Drum sync in and out, clock output, and cassette in and out for saving data to tape.

Two models are known to exist: the MK1 which may have been a two-piece unit in which the monitor was separate from the rest of the machine, and the MK2 (released in 1983) which integrated the CRT monitor and had an orange (or black) case. In 1984, the MIDI specification was added to the MK2, along with an additional 8-track sequencer, battery backed memory and a floppy disk drive.

Its most prominent user was David Stewart of the Eurythmics on tracks such as "Sweet Dreams". However, it never sounded as good as the competition surrounding it from Linn, Simmons and Oberheim and the product never really took off. It has been owned/used by The Eurythmics, Phil Collins, The Thompson Twins, Human League, Thomas Dolby, Kajagoogoo, Japan, Willian Orbit, Chemical Brothers and Vince Clarke. Supposedly, some of these artists used the same machine as it passed from one group to the next. 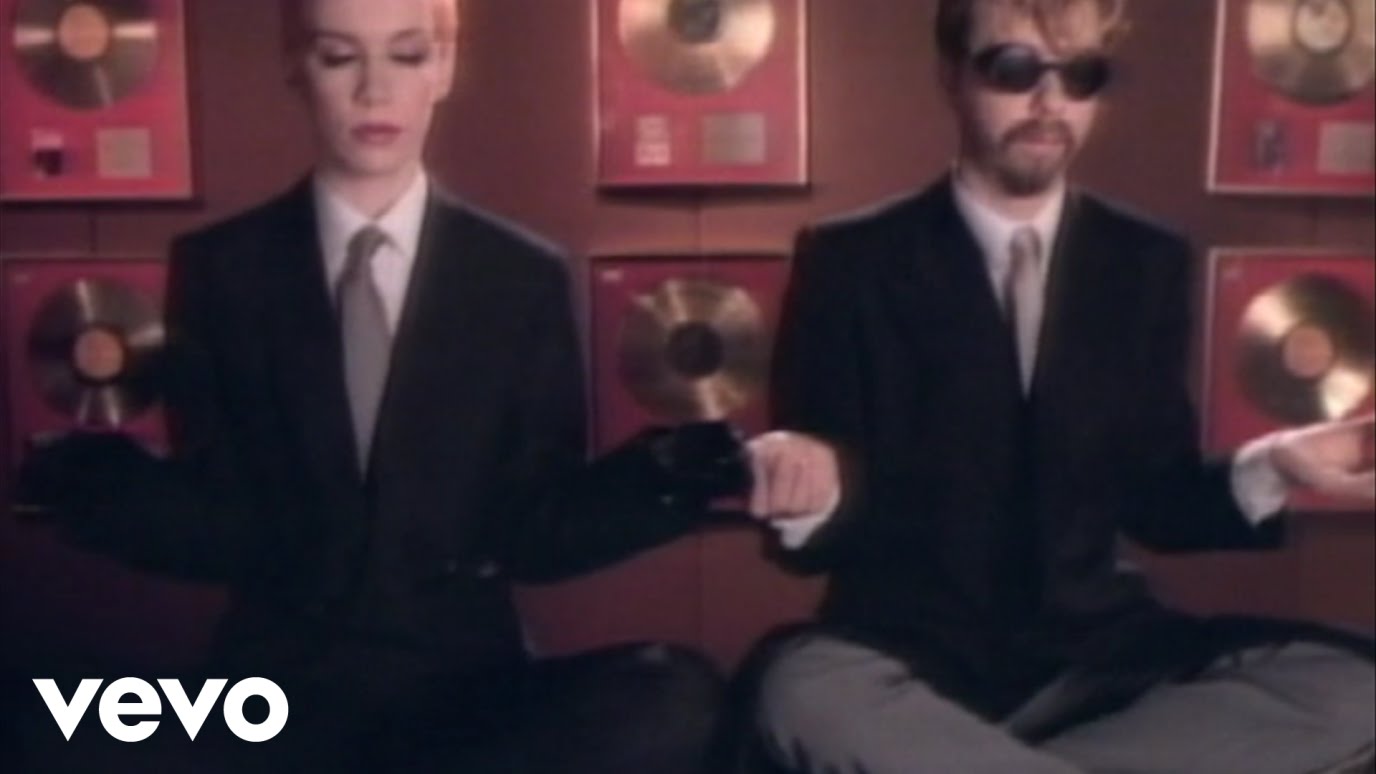 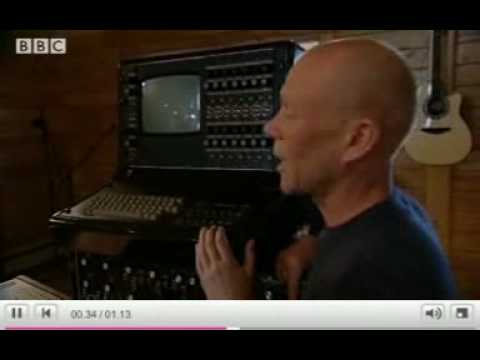