Released in 2003, the V-Synth was a new flagship synthesizer from Roland debuting some of their coolest features of the time, allowing for a new world of sounds full of life and motion. The V-Synth combines multiple oscillator technologies, user sampling and new COSM filtering for incredibly dynamic new sounds. The user has realtime control of a waveform's pitch, time and formant plus a killer arpeggiator and a host of realtime controllers including the revolutionary TimeTrip Pad and twin D-Beam controllers. All this leads to sounds that can move, morph, evolve and sound totally unique.

The V-Synth has dual oscillators that offer a choice of three different synthesis methods: analog modeling, PCM waveforms with user sampling, and external audio input processing--all with up to 24-voice polyphony. The PCM oscillator is powered by VariPhrase for complete sonic control. Choose from over 300 preset waveforms or sample your own. Then use the "TimeTrip" function to manipulate a waveform's time aspect in any way you wish. Slow it down to uncover rich moving harmonic content; speed it up to create high-speed tonal motion; freeze it at your favorite spot; or rewind it backward at any speed without changing pitch and formant, which can also be independently controlled. The Analog modeling offers several fat-sounding analog style waveforms. The third oscillator type is External Audio Processing, which lets you process any signal arriving at the V-Synth's analog inputs. All three oscillator types can be layered and mixed in several ways, or modulated using FM, ring mod and oscillator hard sync.

All programming is achieved via the large LCD Touch Screen plus a bunch of hands-on controls and knobs including the new TimeTrip Pad, twin D Beams and the velocity/aftertouch sensitive 61-note keyboard. While you can independently manipulate the pitch, time and formant of sampled waveforms using VariPhrase technology there is also powerful COSM processing offering analog-style filter modeling, a resonator and Side Band Filter, plus global reverb, chorus and multi-effects. The V-Synth's programmable arpeggiator can modulate sound parameters to provides additional rhythmic and timbral controls.

The V-Synth is fully suited to the modern day studio as well, with analog I/O and MIDI ports supplemented by USB and digital S/PDIF I/O ports. Use the analog or digital inputs to sample your own waveforms to be used in the variable oscillator. You can even exchange .WAV and AIFF files via the built-in USB port, which also works for MIDI. Resampling is also possible, allowing users to capture any performance with the TimeTrip Pad, D Beam or arpeggiator - or even effected sounds - as an entirely new waveform. All Preset Patches are fully re-writeable, giving users plenty of space for their own creations, which can also be saved via USB to a computer or to an optional PC card. With PC card adapters, other media such as CompactFlash, SmartMedia and MicroDrives can also be used.

Additionally, with V-LINK Onboard Video Control users are allowed playback and performance of video clips with music created on the V-Synth via the Roland DV-7PR Digital Video Workstation (sold separately). Use V-LINK to trigger different video clips with V-Synth's keyboard while using the bender to change playback speed. Using the TimeTrip Pad, you can scan a clip forwards or backwards with your finger, or change colors using the Twin D Beams. A totally unique feature perfectly suited for live use.

The V-Synth GT was later released in 2007 which adds Roland's Vocal Designer technology with revolutionary Articulative Phrase Synthesis technology. Articulative Phrase synthesis recreates the ever-changing behavior, nuance and sound of an instrument as it's being played. The results are stunningly expressive and realistic, and can be applied to acoustic instrument simulation as well as new, never-before-heard sounds. In a nutshell, it lets acoustic instrument sounds such as a violin sound like it's being played with a bow rather than keys on a keyboard. New front panel features include a color touch-screen with eight universal control knobs, and the addition of dedicated buttons and sliders to make access faster and easier. The GT could also has a maximum 28 voices of polyphony.

The V-Synth XT is a rack-mount module version of the V-Synth released in 2005. Same amazingly powerful synthesis engine, minus some of the on-board perfomance controllers like the D-Beams and Trip Pad. However the large user touch screen is still fully represented. The XT comes pre-installed with Roland's VC-1 (D-50 emulator) and VC-2 (Vocal Designer). V-Synths have been used by BT, Asia, Ladytron, Orbital, Richard Barbieri, Nick Rhodes (Duran Duran) and more. 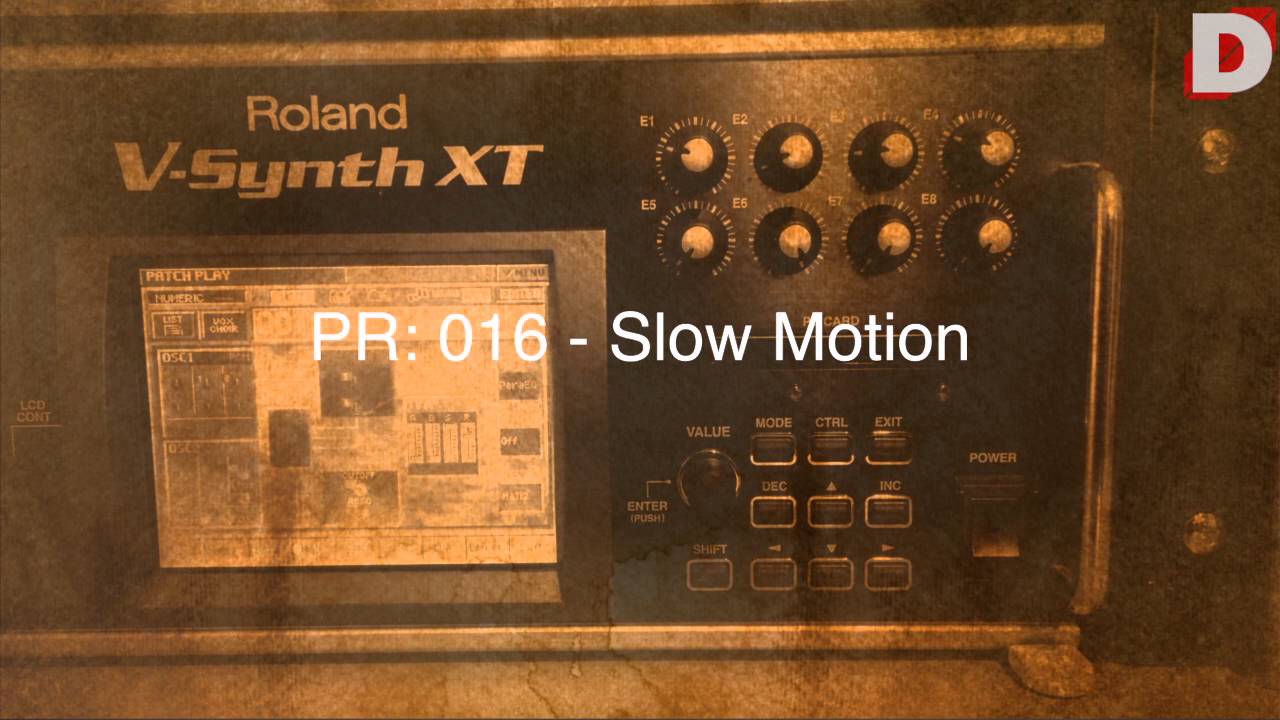 "Roland V-Synth-XT" - "Preset Bank 1
by
DASOUND.NET
ManualRoland has made manuals for most of their products available as free PDF downloads.