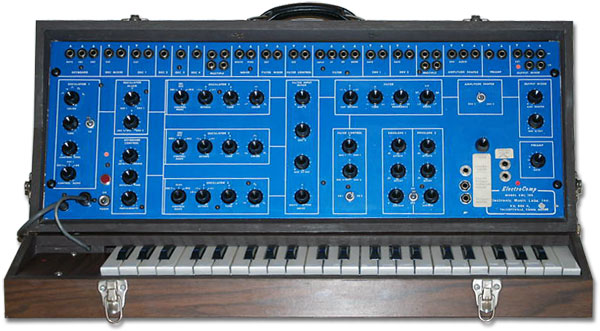 Electronic Music Laboratories (EML) was a company out of Connecticut in the USA that produced compact semi-modular synthesizers, primarily for the educational market. At the time (late sixties, early seventies), analog synthesizers were an electronic engineering wonder and Universities seemed just as viable a market (if not, more so) than the local corner music store. The first "ElectroComp" series instruments to come from EML included the 100, 200 and 300.

The ElectroComp 100 is a duophonic keyboard-equipped synthesizer (one of the earliest polyphonics) designed to compete with the Minimoog and ARP 2600. But unlike Moog and ARP, who used transistors that would tend to drift out of tune under various operating temperatures, EML used op amps which proved to be far more stable and reliable. The 100 features very clearly laid out controls with rotary knobs and most of its patch points located along the top of the panel. It has four oscillators—that's more than the Minimoog—and they featured continuously variable waveform selection from a variety of sine, saw, square, and pulse-width shapes. It has a multi-mode filter with low pass, band pass, band reject and high pass modes. Two Attack/Decay/Sustain Envelope Generators. White and pink noise generators. A "Sampler" section provides sample-and-hold functions. Effects like Portamento. External audio inputs to the oscillator mixer, filter and output mixer sections, and control inputs for up to two keyboards and filter control. The 100 could easily be closed, secured and carried inside its wood casing.

Being among the first synthesizers from a relatively new company meant that there were not a lot of 100 models produced, and therefor the 100 is very rare. The 100 was produced over a relatively short time period, from 1970 to 1972, when it was replaced by the better-known ElectroComp 101. The 101 was in production for a decade. Common sense would seem to dictate that the 100 was the first model EML produced, followed by the 200 which appeared to be an expander system for the 100. Perhaps this was the intention during the conception of these models, however, the 200 apparently came first in 1969, immediately followed by the 100 in 1970. EML also moved from the blue-face models (pictured) to a brushed-silver face design. 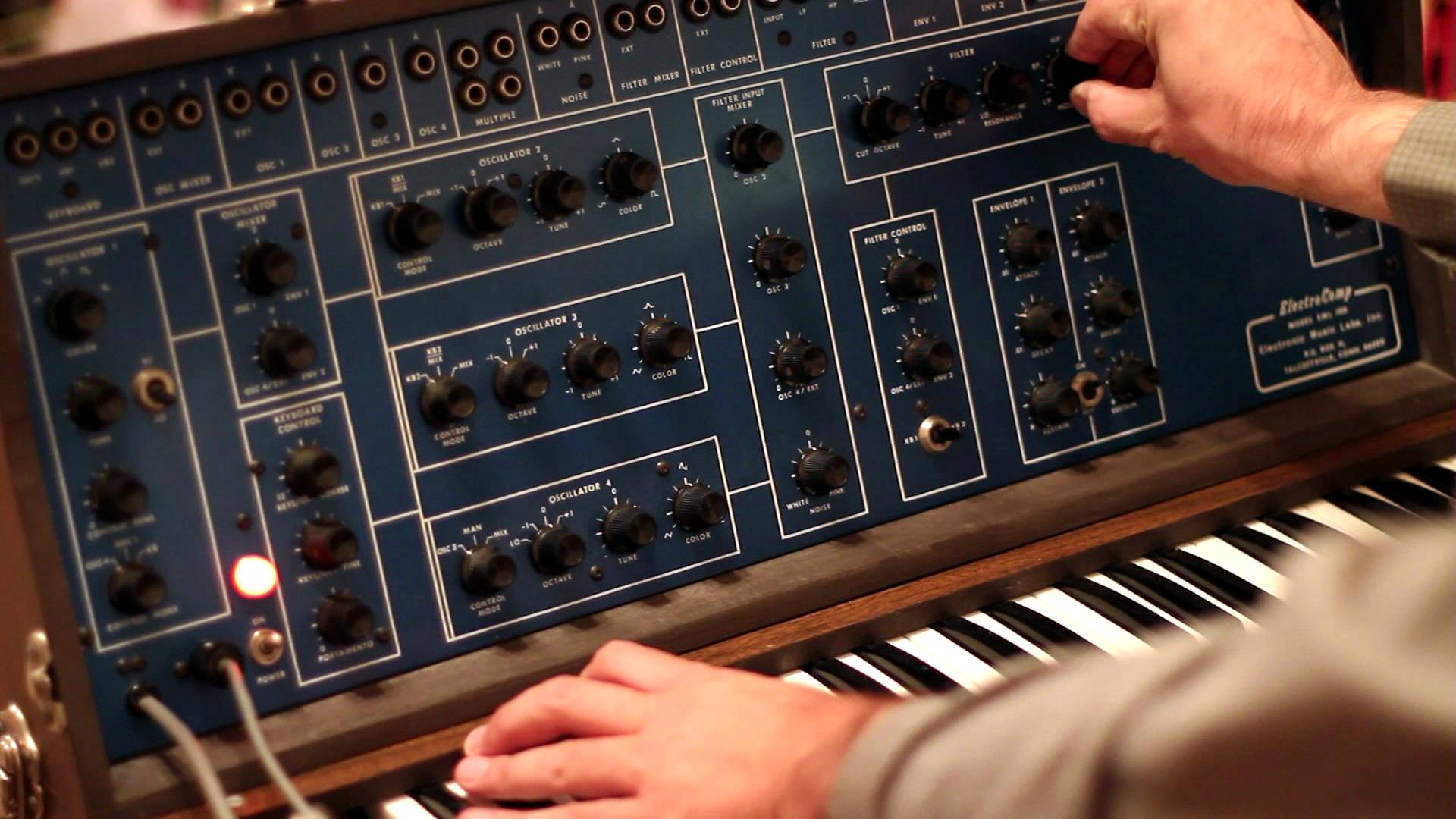 Original images from Ebay, via MatrixSynth