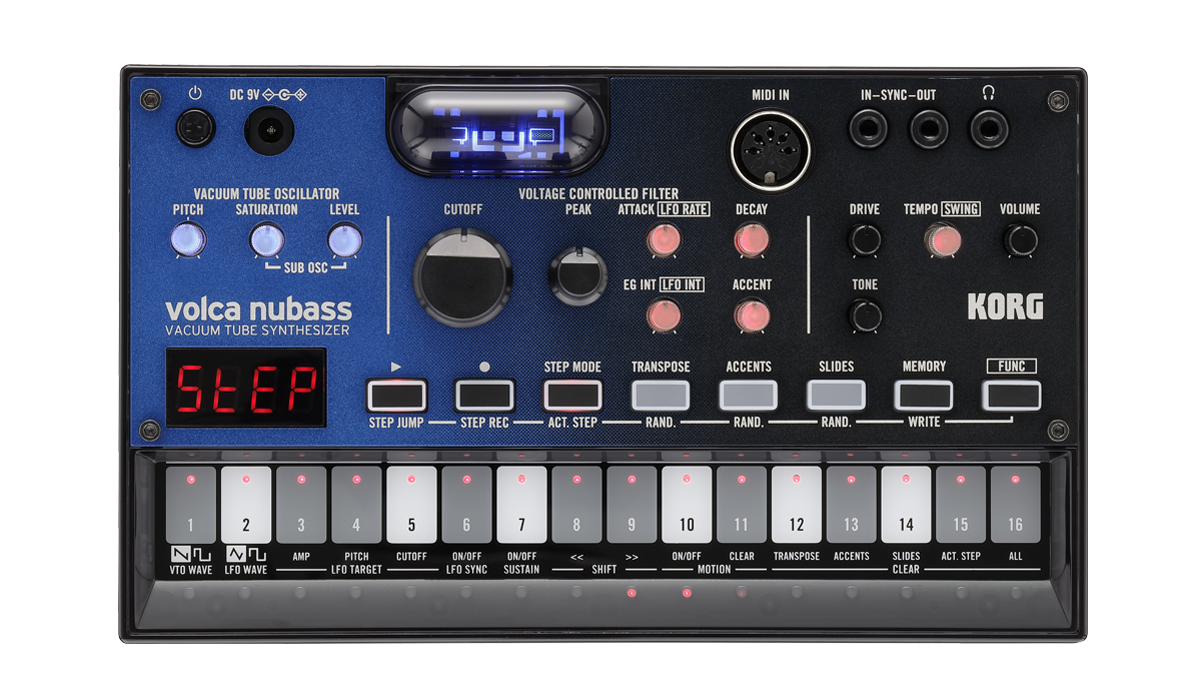 The Korg Volca Nubass is a powerful bass synth that bases its sound source around a vacuum tube oscillator. It was released in 2019 as a sort of update to the very popular Korg Volca Bass from a few years ago. The name is derived from the "Nutube" tech that Korg has used for this synth, which is essentially a modern refresh of the classic vacuum tube.

The original Volca Bass featured three oscillators and all of them could be tuned and played independently of each other. With the Nubass the Nutube tech is used for the main oscillator while also adding saturation to a sub-oscillator. The main oscillator can still be switched between square and saw waves while volume and saturation levels can be controlled on the sub-oscillator. Modulation is also largely handled the same way as the original Bass with an envelope generator and LFO. The only difference is that you can't route the envelope generator of the Nubass to the VCA. The Nubass does have an attached step sequencer and it allows for both accent and slide functions. Also, it boasts analog overdrive, which is serviceable, but not as powerful as expected.

In terms of design, the Nubass continues with the style of the Volca range. The size and feel of the unit are the same as most of the other Volca units, so it will fit in nicely if you already have a collection. It's also as light as the rest of the range and can be powered by six batteries or via an optional power supply. The most striking new addition is obviously the glowing tube at the top of the unit. Although it looks like a gimmick, it actually does drive the sound of the Nubass quite well in addition to looking very neat. The sounds it produces are not quite as warm, thick, and rich as a traditional vacuum tube, but thankfully it is a lot more reliable and resilient. The fact that it uses much less power than a classic valve amp is also a big plus.

Korg designed the Nubass specifically for acid bassline and as such it's hard to fault it. Thanks to its speaker and battery compartment the Nubass is one of the most portable acid synths on the market, which is reason enough for most people to covet one. It doesn't have anything exciting in terms of inputs or outputs, but it does exactly what it is designed to do. 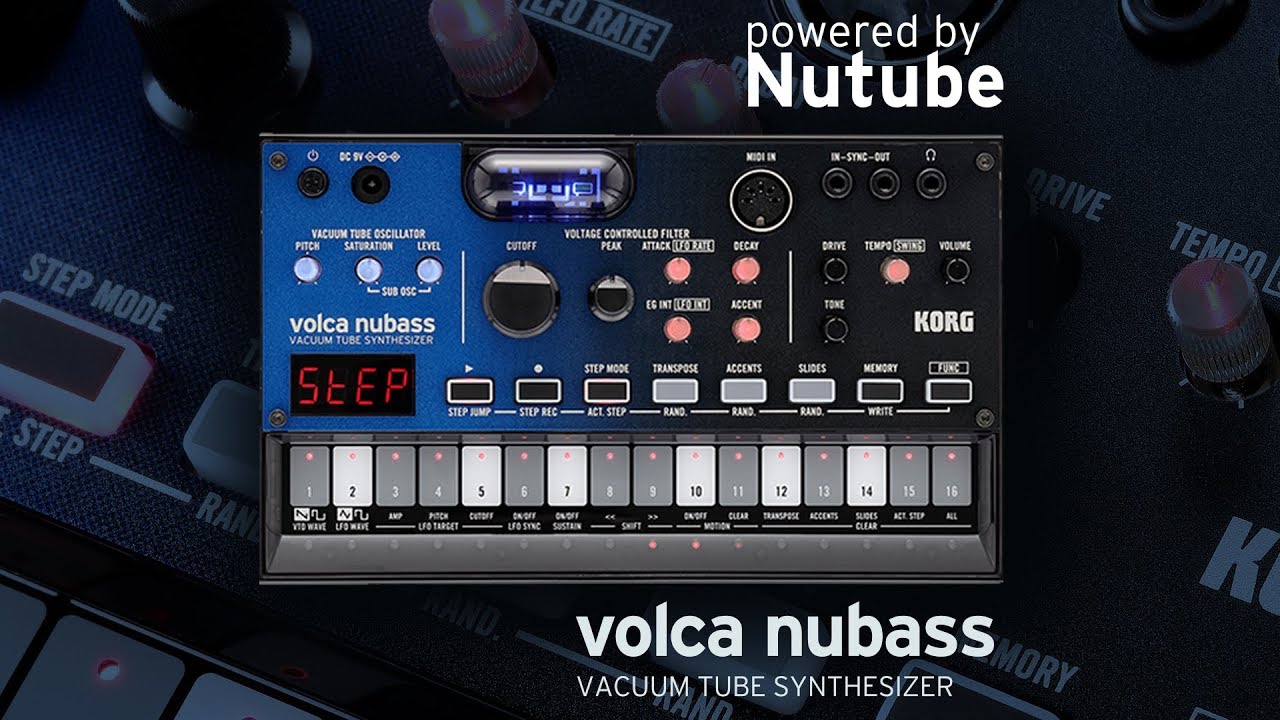 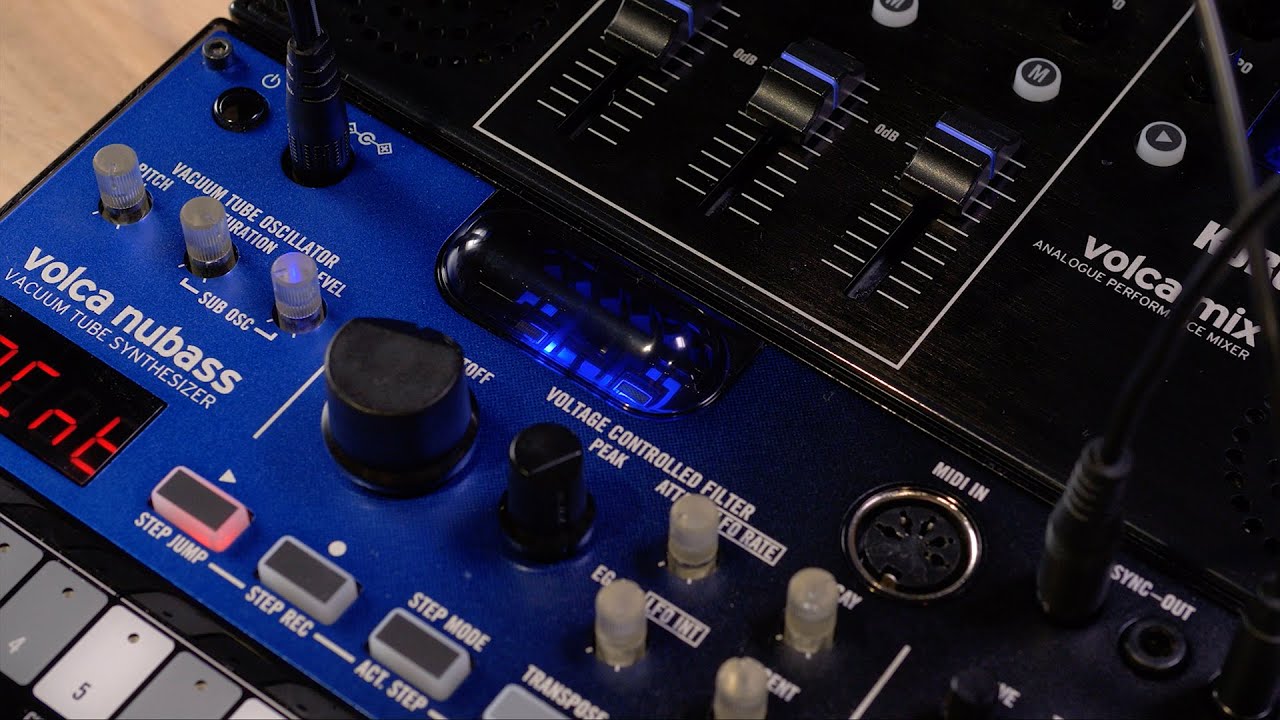