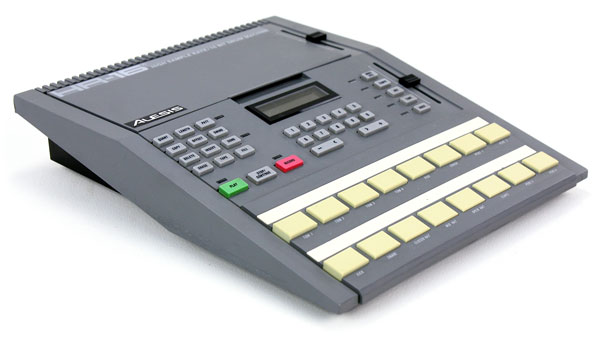 One of Alesis's first drum machines. With 49 sounds including 10 kicks, 7 snares and a complete ethnic set all of which are 16 bit samples this drum machine is a great bargain! Its partner in crime is the MMT-8 sequencer. But the HR-16 has its own sequencer with 100 patterns and 100 songs available. The drum tones can be tuned, have individual level controls for mixing, and there is 16 voice polyphony which means up to 16 drum tones can be used within a pattern. Patterns are programmed in either step or real-time. With external click inputs and Midi, the HR-16 is capable of integrating your older drum machines or sequencers with Midi systems! The drum sounds, however, are pretty cheesy. 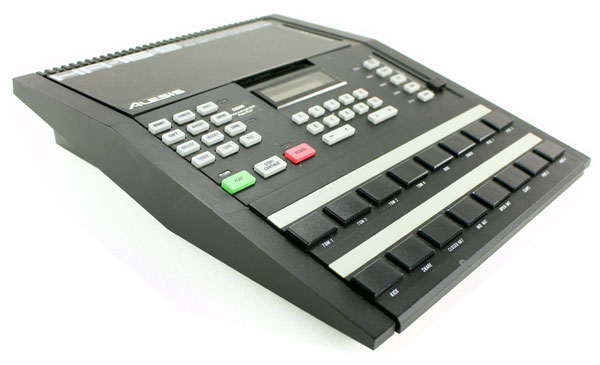 The updated HR-16B model had lots of new sounds cool for enough techno and electronic music. And it still costs about the same price. It is possible that some HR-16's may have been modified to use the HR-16B's ROM chip to get those sounds. The HR-16 is gray and the HR-16B is black. Either one makes a handy little drum machine that's so cheap these days that it is more than worth adding to your studio - it just might come in handy one day. It is used by Orbital, The Grid, Autechre, Sub Dub and the Stereo MC's.

having trouble connecting midi cables to the in and out...they dont seem to sit very well in the sockets..very loose. you seem to have to use a very long midi connector to allow the best con... | Read more... 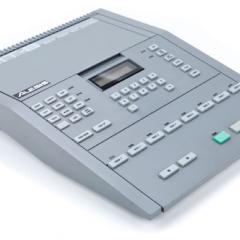 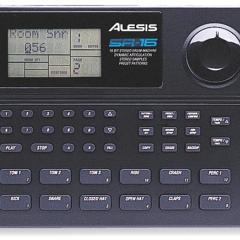 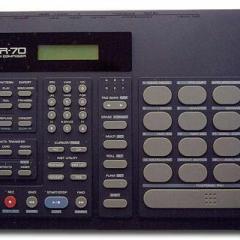 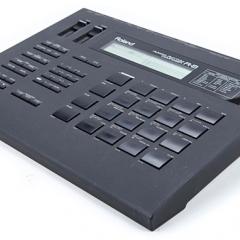 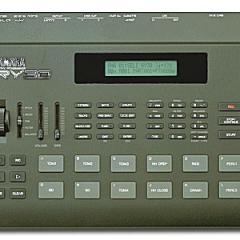 Audio Clip 1 Samples of some Drum tones from the HR-16.
ManualAlesis have made manuals and program charts for many of their products available on-line, for free download as .PDF files!