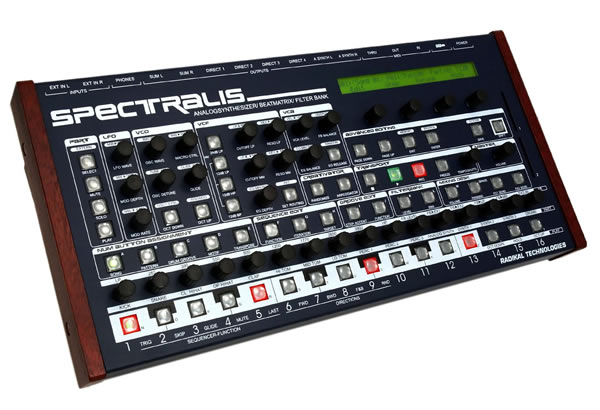 The Spectralis is a professional synthesizer, groovebox, and sequencer created in 2004 by Radikal Technologies. Contained within is a powerful monophonic hybrid synthesizer (the Asynth) composed of 4 digital oscillators that can pass through two analog filters (a 4-pole 24dB LP filter and a 2-pole 12dB multi-mode filter), a 32 stereo voice polyphonic multisampling sound engine (the Dsynth) that pass through a digital 12dB multi-mode filter, an 8 bandpass fixed filterbank a plethora of LFOs to modulate parameters, two delay effects, and an extremely complex and powerful pattern-based sequencer section to sequence internal sounds and parameters as well as external gear. The Spectralis has 32 available songs, each with 32 patterns available.

The oscillators, analog filters, and filterbank can be independently triggered by 3 Trigger Groups (TGs). Each TG can be sequenced independently using the sequencer. Here is an example: Oscillator 1 and the 24dB filter are triggered using TG1, Oscillator 2 and 3 and the 12dB filter are triggered using TG2, and Oscillator 4 and the filterbank are triggered using TG3. Now each of these TGs can be activated independently on the sequencer, allowing the user to sequence three different monophonic synth parts! This may seem confusing, but there are tutorials online that go through explaining this in greater detail. The manual also has a lesson through which the user can learn how to sequence trigger groups. Trigger groups are likely one of the least understood and most powerful features of the Spectralis.

There are 3 independent Dsynth parts (3 part multi-timbral), through which the user can load 3 different sounds and sequence them using the sequencer or by real-time playing of a polyphonic motif. Up to 128 mb of samples can be loaded into RAM at one time. The Spectralis allows the user to import any sampled sound. The process is fairly straightforward on PCs with the importing program, allowing the import of .wav and soundfont2 files. For those using a Mac, a user on the Radikal Technologies forum has made it possible to import and create multisamples using a program called Swami. Each Dsynth timbre can be independently routed into the analog section, whereby they can be directed into either of the analog filter or the fixed filterbank.

There are two sequencers in the Spectralis. The drum matrix provides a simple xOx style programming whereby 11 different sampled drum sounds can be sequenced independently. The other step-sequencer is much more powerful, allowing the user to create 24 sequencer-lines that can be set to target internal functions as well as sequence external gear. Internal functions include sequencing trigger groups, analog filter cutoff and resonance, LFO parameters, each filterbank bandpass (which can be used to create interesting rhythmic parts), pitched drum parts, and dsynth parts. Each sequencer line can be set to lengths from 1 to 192 steps and different resolutions (the length of each step), set to play in various ways (forward, backward, forward then backward and vice versa, and random), and each step can be muted, pitched, and set to different probabilities of playing. 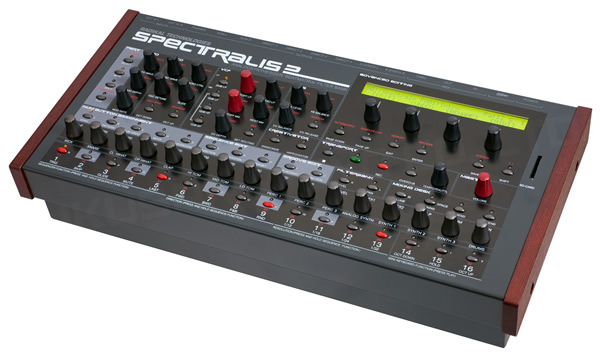 The Spectralis 2, an updated Spectralis, was created in 2009 that is very similar to the mk1 Spectralis, but includes a 4gb internal compact flash for storage of more sounds. There is also an updated OS (1.5), currently available on only the Spectralis 2 that fixed some known bugs and implemented PERFORMZ folders, which allows users to create new folders that allow 32 new songs with 32 patterns each. Users can then place specific sounds available only in this particular folder that could load on startup and make it easier to switch songs during a live session. Another additional feature implemented is pattern changes via program changes.

Some limitations do exist on the Spectralis however. There is no overdub feature when recording live, LFOs cannot be set to time (a work-around does exist for this), sequencer-lines cannot be muted or copied, some options are still on the menu but crash the Spectralis when used, some options are not yet implemented, and various other small bugs exist. Radikal Technologies is still working on bringing more features to the Spectralis, though the process may be slower than many would like. Despite these limitations and sluggish updating scheme, the Spectralis is an incredible synthesizer/groovebox/sequencer. The features are so complex and deep that they can keep an artist inspired for many years to come!

Hello everyone, Here's my latest track using only the spectralis 2 and the Eventide Space for reverb: | Read more...

... new Sample Library V2 from Radikal Technologies. This can be used in both the Spectralis 1 and 2... Enjoy! http://www.youtube.com/watch?v=mlm9ahY_NnA | Read more...

... best for this to me is the Radikal Technologies Spectralis, but since I might be able ... | Read more...

I picked up a radikal technologies spectralis not too long ago, and besides the ... | Read more... 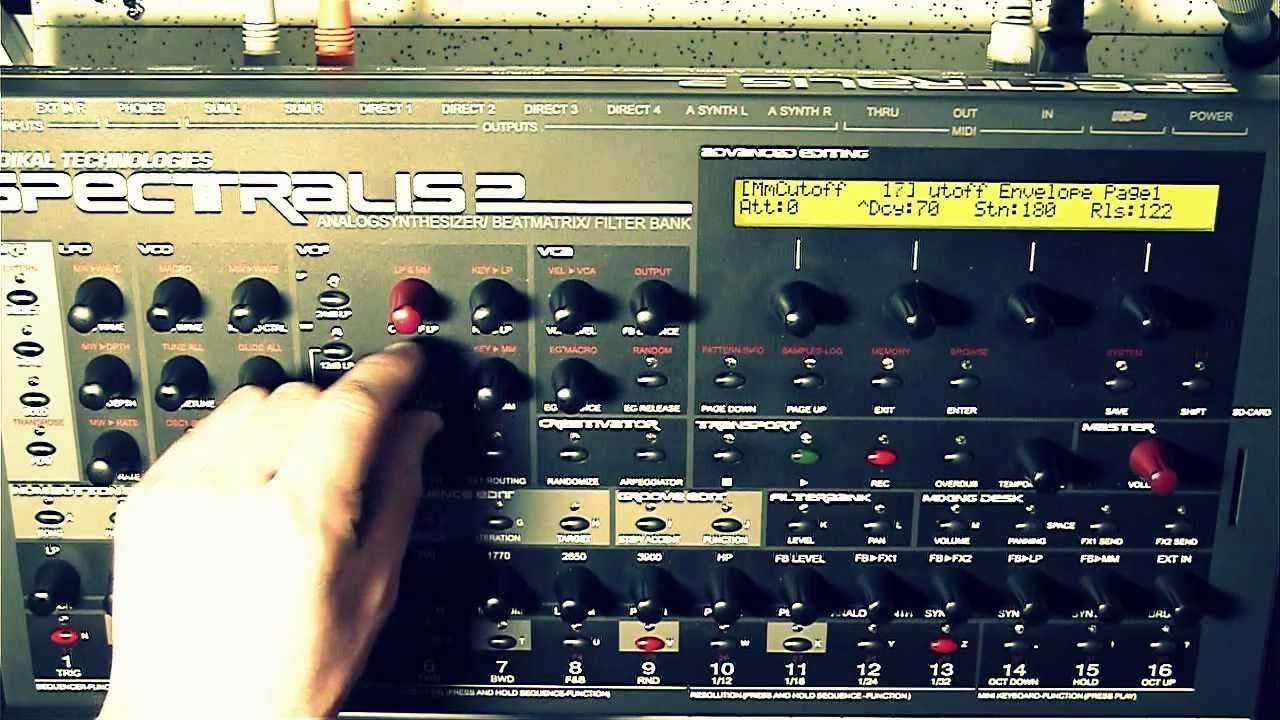 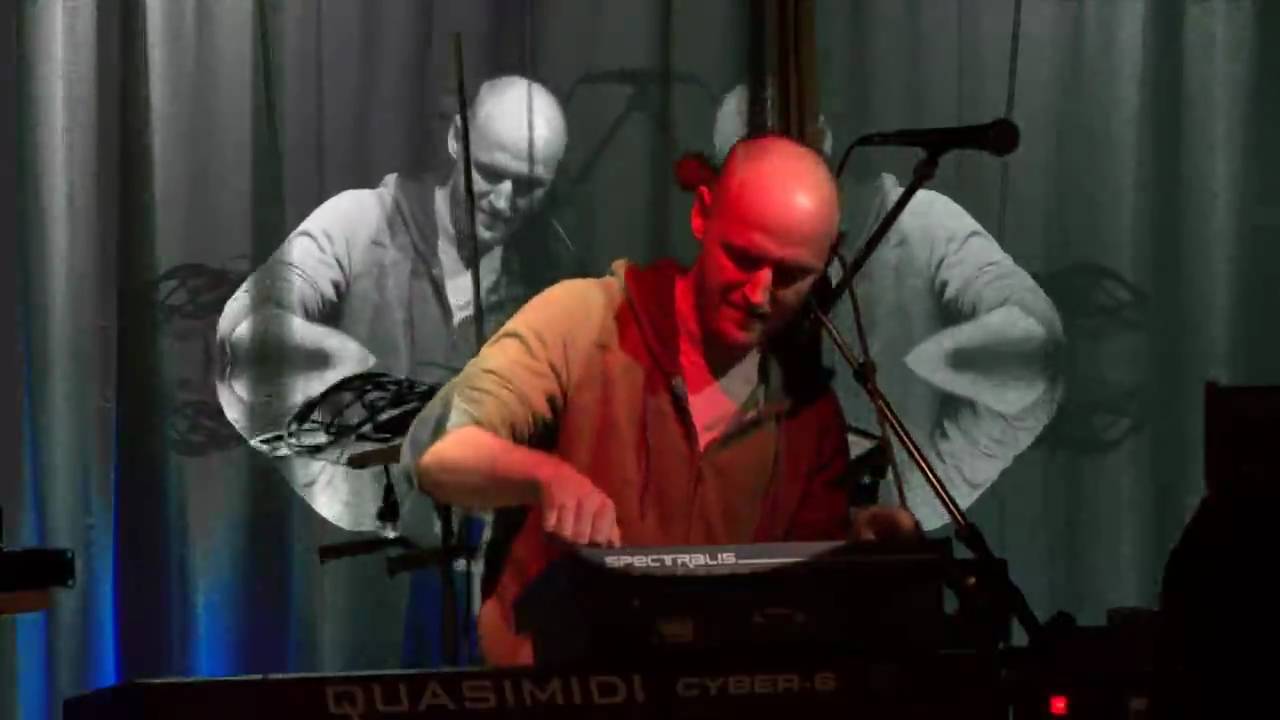 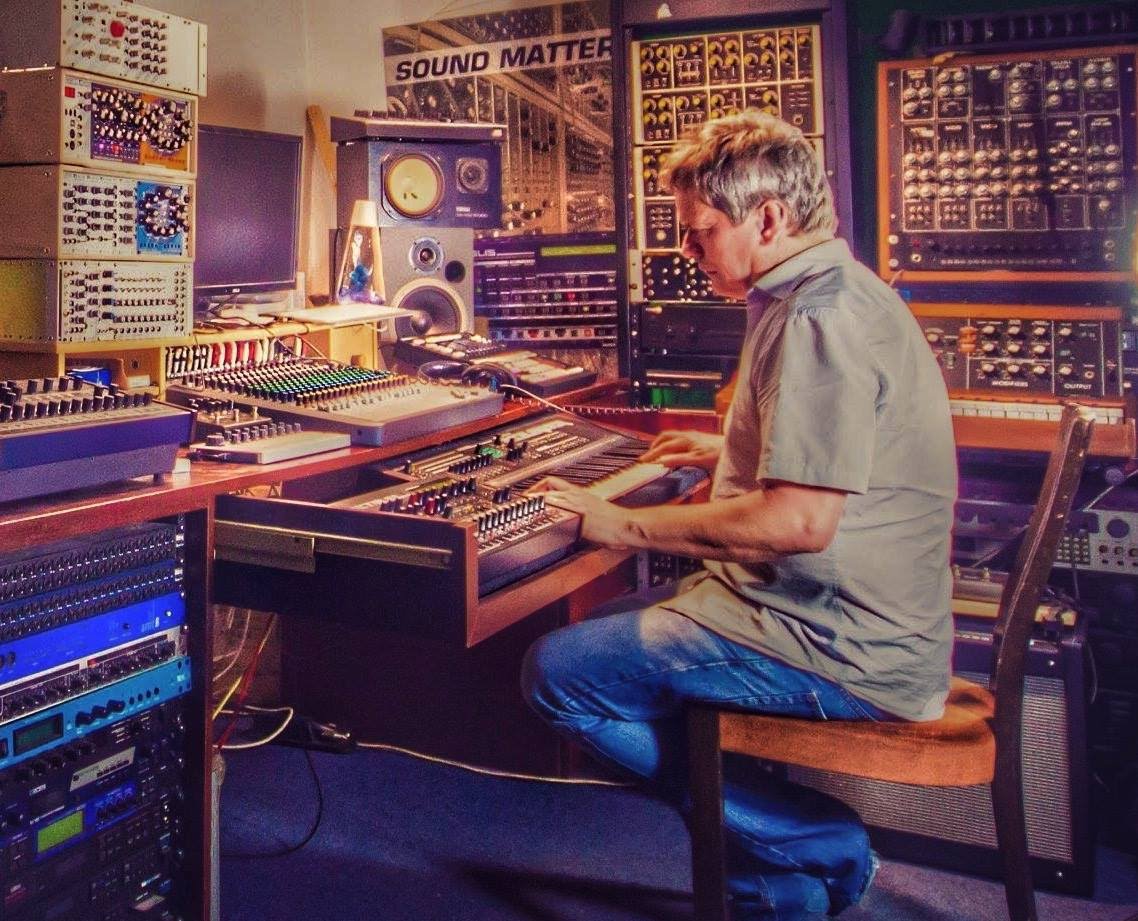