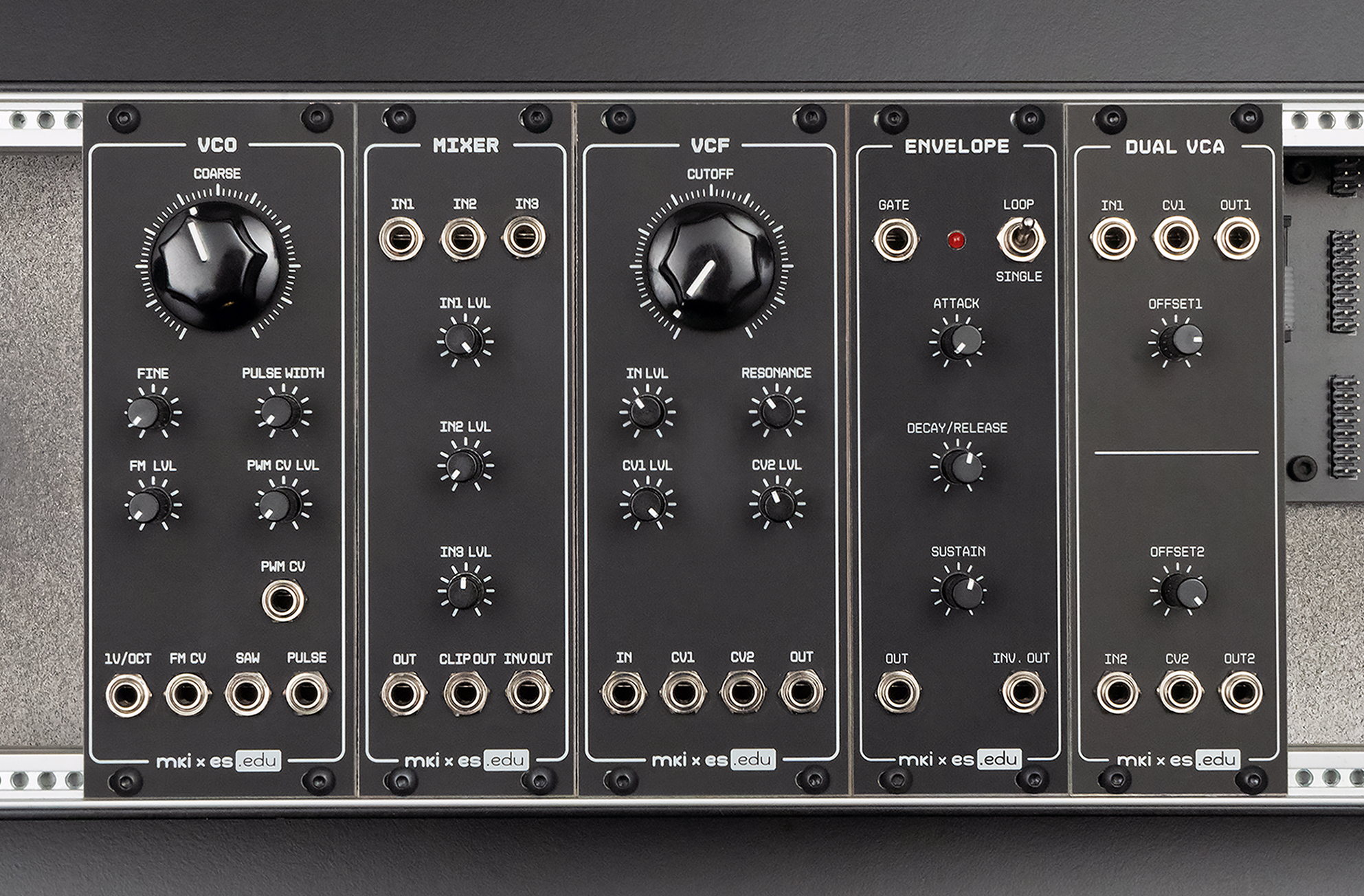 Erica Synths have teamed up with Moritz Klein for a brand new series of educational DIY Kits. According to them, they only have one specific goal in mind with this series, which is called mki x es.EDU, and that is to teach people how to design analog synthesizer circuits from scratch. The best part is that even people with little to no prior experience can use this series. Erica Synths has also made sure that users are not just given a box of parts that can be soldered together. Instead, they want to take users through the circuit design process step by step and explain all the choices they made along with how it impacts the finished model.

The mki x es.EDU series features a total of nine kits that, when put together, works as a fully-featured modular monosynth. The modules include a sequencer, a VCO, a wavefolder, a noise/S&H module, a mixer, a VCF as well as an Envelope generator, a dual VCA, and a stereo mixer with a headphone amplifier. Erica Synths also revealed that an affordable eurorack case with a DIY PSU would be made available too. They plan to launch a new kit every four to six weeks, and while these are easy to build, there have been no compromises in terms of design and functionality. Along with each kit, users will receive an extensive 40+ pages manual giving them a deep dive into the electronics behind each circuit as well as the fundamental principles of sound synthesis. Erica Synths has stated that they believe the mki x es.EDU project will inspire future engineers and contribute to the ever-growing diversity of electronic music.

The first educational DIY kit in the series is the VCO, which is expected to ship in mid-January 2022 at the cost of € 60.00. This analog sawtooth-core oscillator features reasonably accurate volt/tracking despite being made from just a handful of basic components. Along with sawtooth and pulse outputs, it also features 1V/oct, FM, and PWM inputs.

For more information about the project, check out the video by Moritz Klein below, where he talks about his collaboration with Erica Synths.

So far, the response to this project has been very positive, with many synth enthusiasts expressing their interest in the modules. Visit the official website at https://www.ericasynths.lv/shop/diy-kits-1/edu-diy-vco/ to pre-order the EDU DIY VCO or to check out the user manual.