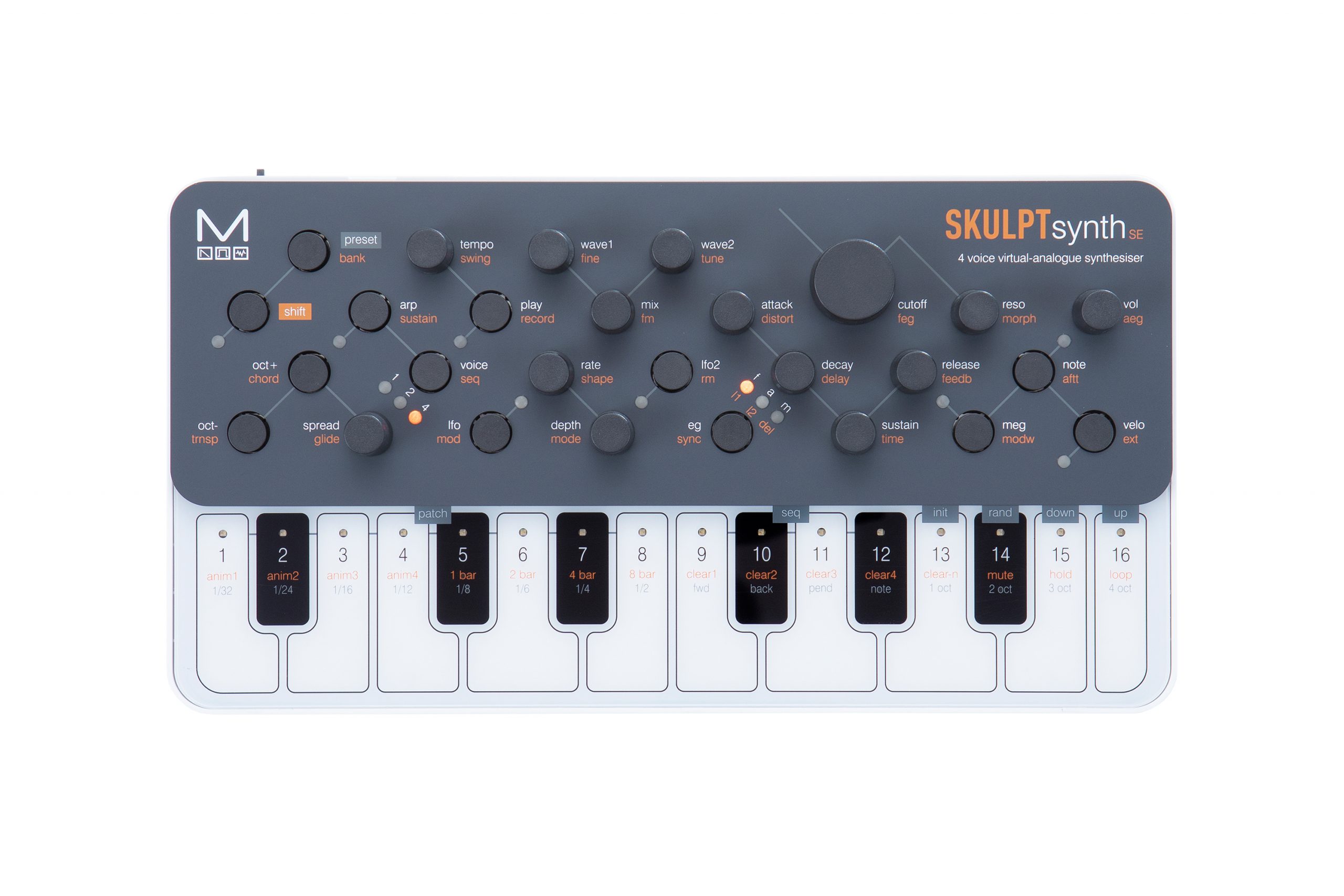 The UK-based Modal Electronics has recently unveiled their SKULPTsynth SE four-voice virtual-analog synthesizer. The SE is an updated version of their original SKULPTsynth and aims to address all the criticism the initial release had.

The SKULPTsynth SE has the same eight oscillators per voice, morphable waveforms, and morphable 2-pole filter in terms of features compared to the original. It also has 2 LFOs, along with three envelopes and distortion as well as delay effects. In addition, it has the same polychain ability as the original that makes it easy to connect up to four units.

As impressive as the original SKULPTsynth was under the hood, a common complaint about the hardware was that it felt flimsy. This has been changed for the SE thanks to a slimmer form factor and improved build quality. The SKULPTsynth SE now weighs in at just over 0.6kg and is powered via USB or six AA batteries. Modal has opted for a grey front panel enclosure for the SE and also swapped out the all-black keyboard of the original for a black and white one. Fans will also be pleased to see that the front panel descriptors of the SE are more legible than the original hardware.

For more information about the SKULPTsynth SE, including downloads for the user manual, firmware updates, and patch banks, visit the official website at https://www.modalelectronics.com/skulpt-se/.