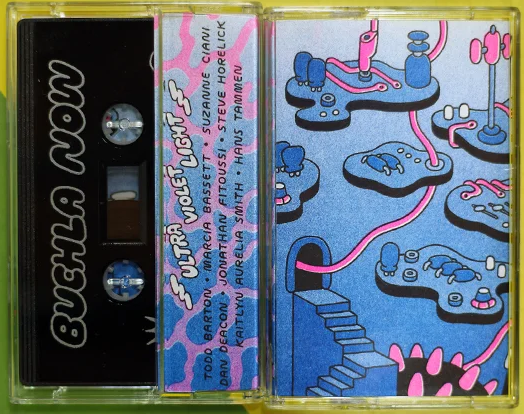 The cassette label Ultraviolet Light recently announced the release of a special album called Buchla Now. The album, which is a celebration of both their 5th year and 20th release, is a collection of new music created on synthesizers designed by Don Buchla.

Buchla Now is available as a 300-copy limited edition cassette with a 3-color risograph printed artwork by Wilson Ward Kemp. Each cassette also comes with a digital download code, or fans can purchase the album digital-only. One of the artists featured on Buchla Now, Suzanne Ciani, once described Don Buchla as someone with a unique mindset that allowed him to be outside the popular notion of what electronic music was. Buchla Now also features the music of Marcia Bassett, Dan Deacon, Jonathan Fitoussi, Steve Horelick, Kaitlyn Aurelia Smith, Hans Tammen, and the curator of the compilation, Todd Barton.

Ultraviolet Light has stated that each of the artists on Buchla Now, in their own way, carries on the tradition of boundary-pushing music and expanding the very notion of what music can be. Buchla Now can be purchased directly from the Ultraviolet Light website or bandcamp. The eight tracks featured on the album can be previewed using the embedded widget below.