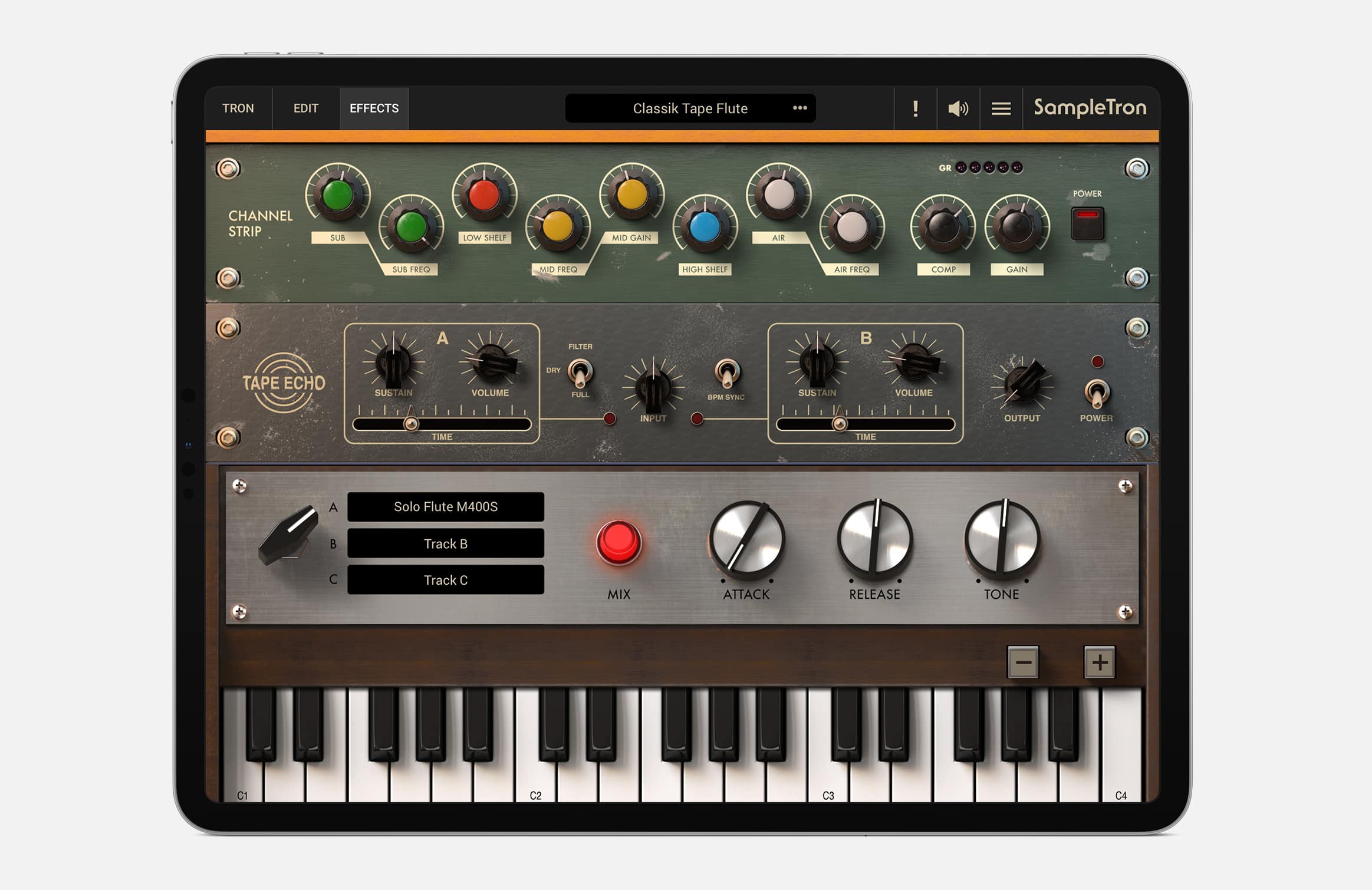 After the release of Sampletron 2 for Windows and Mac earlier this year, IK Multimedia has now released the software for iPad as well. According to them, it allows users to take the magic of tape-based sampling anywhere.

SampleTron 2 was specially designed to fit the form factor of the iPad screen and offers support for all iPad model sizes and AU Host apps. The design of the user interface is based on the desktop version of the software but has also been custom-tailored for mobile music production and performance on the iPad.

For users not familiar with SampleTron 2, it combines the powerful sound engine of IK's SampleTank with tape modeling technology in order to recreate the very distinct sounds of tape-based samplers from the sixties and seventies.

With SampleTron 2 for iPad users, gain access to a 2.5GB virtual instrument collection featuring sought-after vintage and tape-based samplers. It also has 400 tracks sampled from vintage Mellotrons, Chamberlins, Optigons, and more, along with eleven modern non-Tron and vintage digital sample-based instruments. Furthermore, SampleTron 2 has eleven selectable effects with Channel Strip, Tape Echo, Multimod, and a new Vintage Plate and works as an AUv3 instrument plug-in or as a standalone app. In addition, it can be used with external controllers thanks to assignable MIDI continuous controllers.

IK Multimedia didn't skimp on presentation with SampleTron 2 as the interface is true to the original instruments while remaining intuitive and straightforward to use. All 11 models look great on an iPad screen and are gloriously detailed.

For more information, check out the video below featuring one of the developers explaining some of the features. The software is currently available at a special introductory price of $69.99 but will soon revert to the regular price of $99.99.