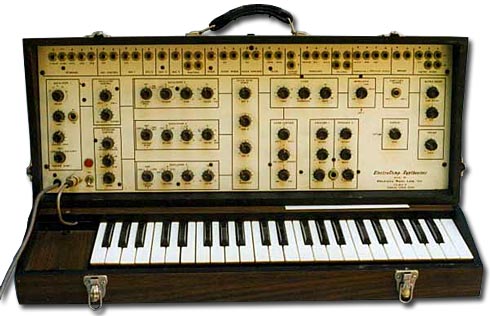 The ElectroComp 101 was the successor to the rare ElectroComp 100 from Electronic Music Laboratories (EML), a small synthesizer company based out of Connecticut in the USA. Like the ARP 2600, the 101 was a patchable (1/4'' patch cords) semi-modular synth with a pre-wired voice path that could be over-ridden via patching. But unlike the ARP (or Minimoog for that matter), the 101 had as many as four oscillators (two of which could go sub-sonic, for use as LFOs) with multiple waveforms that you could sweep between using its rotary knobs. The 101 was also Duophonic so you could play up to two notes at once. Another major distinction was that unlike Moog and ARP, who used transistors that would tend to drift out of tune under various operating temperatures, EML used op amps which proved to be far more stable and reliable.

Other onboard features included a voltage controlled 12 dB/oct multi-mode filter with resonance, two envelope generators, ring/amplitude modulator, noise, and sample-and-hold (they call this the "Sampler"). In addition, the 101 makes no distinction between control voltage and audio paths allowing just about any source to be patched to any control or audio input in any order. The 101 could easily be closed, secured and carried inside its wood casing.

In its day, the 101, as most of EMLs instruments, were marketed and sold to universities and other educational markets. But with the 4-oscillator architecture, multi-mode filter, and elaborate patch control, the EML-101 was undoubtedly one of the most flexible of all of the portable patch-synthesizers available at its time of manufacture. So it did not take long for it to find its way into mainstream music. It has been used by Skinny Puppy, Tommy Mars, Download, Weezer, Foreigner, and Ohm. 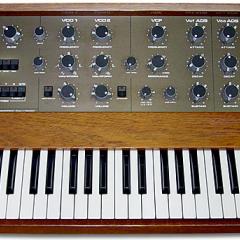 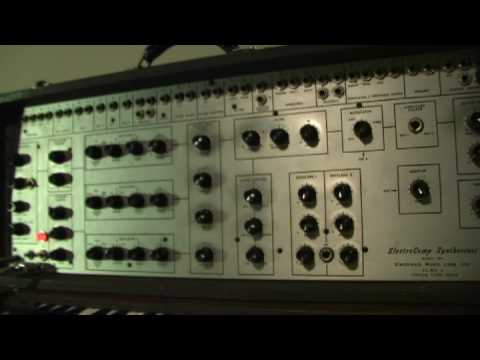 Thanks to John Rossi III for submitting info.