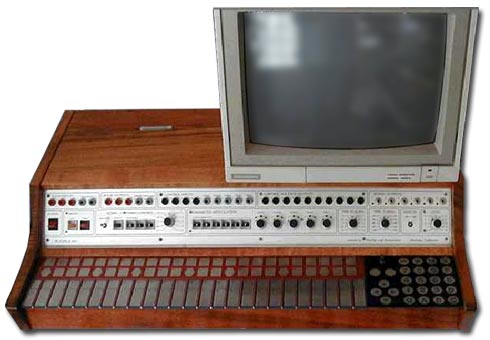 Released in 1982, the Buchla 400 came along in a compact case with a simplified panel layout, encased in a solid wood cabinet. Although based on the designs of it's predecessors (the 100 and 200 series modules), gone are the patch cords and confusion of a modular system. As was introduced in the 200-Series as well as the Touche, the Buchla 400 continued the use of a digital computer processor to control the programming of its digital oscillators, analog filters, amplifiers, modulation sources and more with unprecedented control and depth.

The 400 featured six voices with digital oscillators that offered FM synthesis, waveshape interpolation, timbre modulation and more. It used the pressure-sensitive touch-plate style keyboard; awkward to play, but unique with individual key tuning and pressure-sensitive joysticks. The 400 also featured a lot of Control Voltage and Gate inputs/outputs for interfacing with other 100 or 200 series Buchla modules and synthesizers.

Programming had to be accomplished by hooking up a computer monitor to it for access to its graphic editing and sequencing functions. It offered sophisticated computer control of up to 64 acoustic parameters using a music programming language called "MIDAS". It also featured a real-time "score" editor with SMPTE locking, which was really a preview of what would become modern day computer-based MIDI sequencing. Complete scores including any and all patches used can be stored onto cassette tape or program cards, and later recalled. The score could also be manipulated in sophisticated ways in real-time while playing or recording. 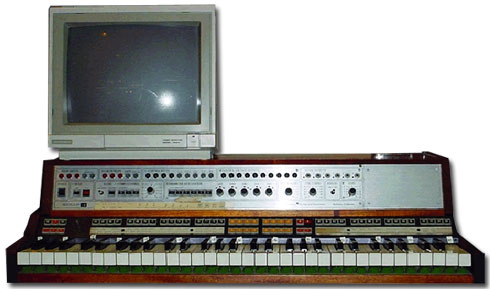 The 406 prototype pictured above is basically the 400 with a standard piano-style keyboard with 61 keys. All pressure-sensitive touch surfaces have been replaced by keys, switches, buttons, joystick, etc. to be more musician-friendly. 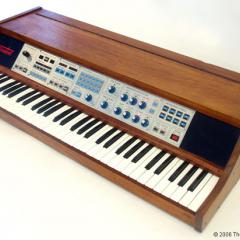 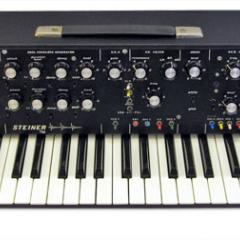