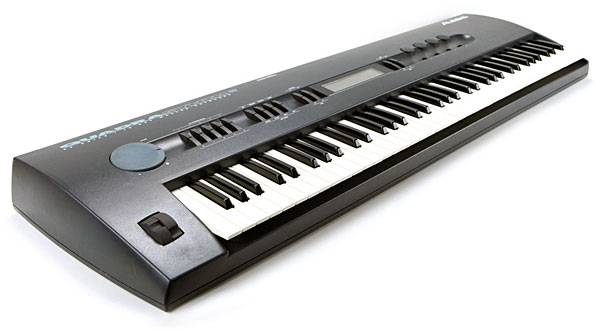 The QuadraSynth was introduced in 1993 by Alesis, and it was their first major synthesizer. It's a 64-voice, 76-key digital synthesizer that also came in a rack-mountable version: the S4 Sound Module. It had a whopping 16 MB of sample ROM, and was the first synth to offer the ADAT Optical Digital interface. It also featured the same multi-effects processor as the QuadraVerb 2, drum kits based on the D4 drum module, 4 assignable control knobs, one PCMCIA card slot, 48kHz clock input, and 4 audio outputs.

Released in 1995/1996 came the new and improved QuadraSynth Plus synthesizer. The QuadraSynth Plus has more ROM (24MB expandable to 32), many more program patches (640) and mixes (500). The General MIDI library has been added, as well as an 8MB stereo Grand Piano sample (also found in the stream-lined QS7, QS8, QS6.1, QS7.1, QS8.1 and QSR models), and a PCMCIA expansion slot. For an all around versatile modern synthesizer that isn't focused just on dance or trance, be sure to consider the QuadraSynths. 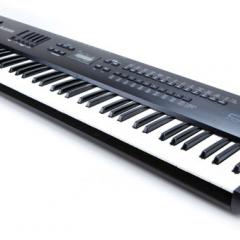 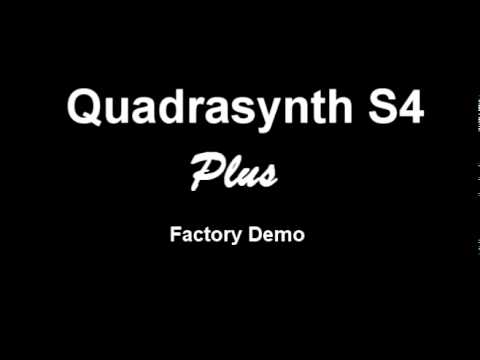 Quadrasynth Plus Factory Demo.
by
eonporter1
ManualAlesis have made manuals and program charts for many of their products available on-line, for free download as .PDF files.