In 2005 Dave Smith Instruments released their third Evolver - The Poly Evolver. Their flagship instrument, it's a four-voice synthesizer (essentially four complete Evolvers) with a 5-octave keyboard, pitch and mod wheels, and a ton of knobs and switches in a clean, clear, easy-to-navigate layout. It can be a four-voice poly synth, four mono synths (each with its own sequencer), or any combination in between. The Evolver series resurrects some of the oscillator, filter and other component technologies from the classic Sequential Circuits Prophet-VS and Pro-One synths. The Evolver was a huge hit the moment it appeared and this is the super-hands-on-real-time-programmable-polyphonic version of the little beast. 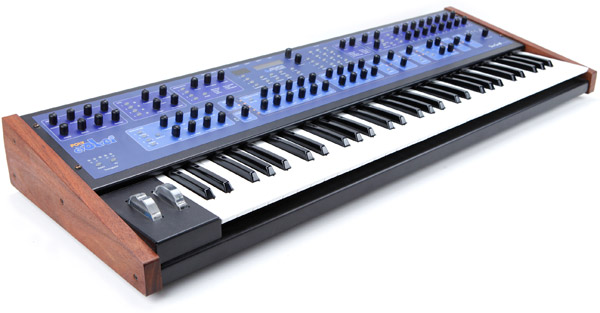 The Poly Evolver essentially quadruples all those Evolver specs! In Program mode, all four voices play the same sound. In Combo mode, voices can be allocated however desired: stack all 4 for a huge unison sound, split or layer the keyboard in any configuration, and/or play one or all sequences at the same time. Each voice can also respond to a different MIDI channel. Each voice has its own stereo output jacks in addition to the mix output. Stereo audio input can be routed to any or all of the voices, enabling parallel audio processing of external stereo or mono signals. The output of one voice can be routed to the input of another for interesting double-processing effects. And multiple Poly Evolvers can be daisy-chained for increased polyphony!

Full of hundreds of jaw-dropping preset patches, the Poly Evolver offers four times the punch of the original Evolver. The Poly Evolver finally answered prayers for a truly hands-on, programmable synthesizer version of the Evolver, and Dave Smith went all out on this one. The keyboard is semi-weighted with velocity and aftertouch, the wood end caps and overall design make for a great, classic look. The Pitch/Mod wheels are back-lit. With 77 endless-turn knobs and 59 switches, pretty much all parameters are within easy reach. There is a Poly Evolver Rack version of this keyboard, but where is the fun in that? Unless, of course, you "Poly Chain" one or more Poly Evolver Rack models to a master Poly Evolver keyboard for tons more polyphony and Evolver madness! The Poly Evolver would soon be followed up by the much less expensive Mono Evolver, a monophonic keyboard version of the original Evolver. 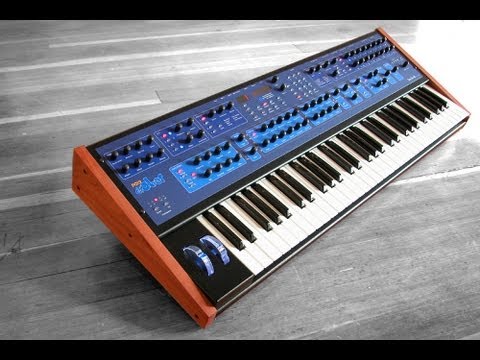