Korg's Polyphonic Ensemble P arrived on the scene in 1976, one of many preset-based analog orchestral instrument synthesizers at the time. It was manufactured in Japan by the Keio Organ company (aka KORG). However, during this early period in KORG's history, the name of this synthesizer has become somewhat confused. The KORG distributed units are named the Polyphonic Ensemble and designated with the PE-1000 model number. Other units were manufactured for Unicord, presumably as part of a distribution deal outside of Japan, and they were named the Poly-Ensemble "P" and designated with the K-4 model number. There are no technical differences between these models, and in this article we will refer to them as the Polyphonic Ensemble P.

The Polyphonic Ensemble P was released in conjunction with the Polyphonic Ensemble S (PE-2000/K-5). The two instruments are quite different from each other, but were intended to complement each other as a pair, with the "S" model being designed around sustained sounds such as strings, choir and organ, and the "P" model designed for percussive sounds such as acoustic and electric piano, and clavichord.

The Polyphonic Ensemble P was one of KORG's first polyphonic instruments. Instead of using divide down oscillator technology to achieve full polyphony, the PE-1000 is one of a very few paraphonic (or polyphonic) synths from the 1970s which has a seperate oscillator per key, if not the only one, which makes it sound richer since detuning between octaves is possible (that's what the Pitch Expand knob does). It offers seven preset sounds including String, Pipe Organ, Brass, Piano, Electric Piano, Harpsichord and Clavichord. An eighth preset called Control is basically a free synth mode with a selection of square or sawtooth waveforms.

The P model differs quite a bit from the design of the S model. It has a larger 60-note keyboard (the S has 48 keys). The S model has a richer sound due to the use of three oscillators whereas the P model uses a single oscillator (per note) to create its seven preset sounds, each of which are defined by preset values of the filter and the envelope generator. However, it offers a lot more sound shaping features than the S model. There is an ADS envelope generator, an LFO for Vibrato, Portamento (Glide), and two resonant filters (high pass and low pass) called the Traveler that can also be controlled via foot pedal. And an ensemble/chorus effect can be created by adjusting the Octave Coupler (a super-octave oscillator one octave above the main osc) and the Pitch Expand controls.

Like so many other orchestral synths like it, the Polyphonic Ensemble P's sounds can fall short of sounding like the real deal. However, the sounds it does create will be very familiar to listeners of classic analog electronic music. The Polyphonic Ensemble P is a metal and wood construction built into a rugged velvet-lined flight case. It has been used by Vangelis and Jean-Michel Jarre. 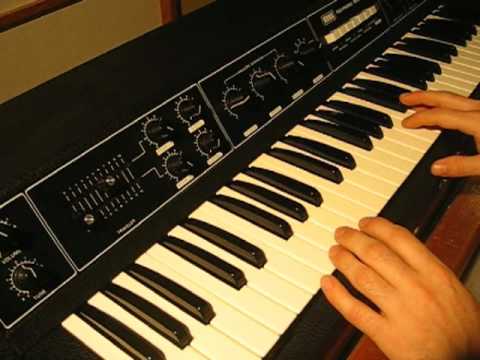 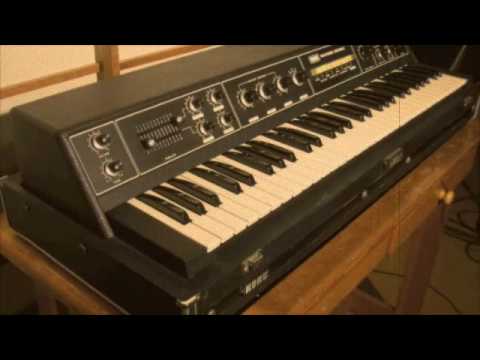 Some info provided by Jay B