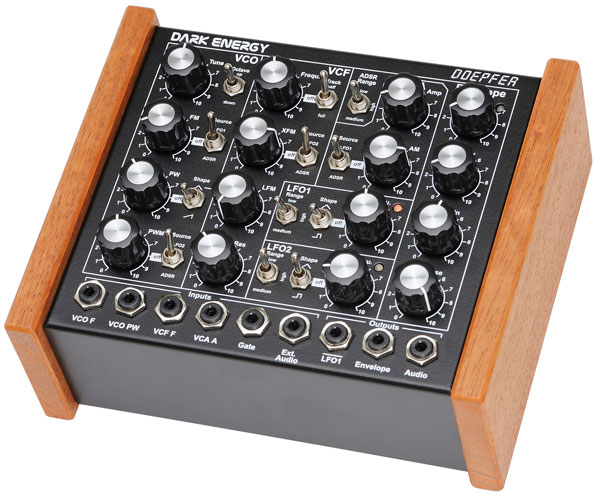 The Dark Energy is a compact, monophonic, analog desktop synthesizer module produced by Doepfer Musikelektronik. At the time of the Dark Energy's launch in 2009, Doepfer was perhaps best known as a manufacturer of Eurorack modular systems. The Dark Energy owes its existence directly to Doepfer's modular products, it is the A-111-5 Synthesizer Voice module in a rugged, fully-enclosed metal housing. Whereas the A-111-5 has the usual silver finish of Doepfer modules, the Dark Energy's case is an attractive black finish with retro-style black knobs, toggle switches and wooden end panels.

The Dark Energy has two LFOs, both capable of triangle or square waves. Each LFO has a range switch for low, medium or high frequency ranges, allowing for very slow modulation, through traditional LFO settings, right up into the audio range (to about 5 kHz) allowing for audio-rate frequency modulation. The synth's single ADSR envelope generator also has a range switch, so the envelope can vary from very short and snappy to very long and slowly evolving.

The VCO frequency can be modulated either by LFO1 or the envelope, whilst the continuously variable pulse-width can be modulated by LFO2 or the envelope. With the LFOs set in the audio range, interesting FM sounds can be achieved, but unfortunately the LFO frequency cannot track the keyboard. The VCA level can be increased so that drones can be produced, or it can be controlled by the envelope or LFO1, again with filter FM capabilities with the LFO on the high setting.

The filter is a 24 dB/octave Curtis filter with VCO tracking, which can be set to off, half or full tracking. The filter resonance can be turned up such that the filter self-oscillates, allowing a sine-wave sound to be blended in with the other waveforms. The tracking is not as precise as the VCO and it is not temperature compensated, but the sine tracks pretty well over a couple of octaves without adjustment.

The filter cut-off can be controlled either by the envelope or LFO2, the level control being labelled XFM for exponential frequency modulation. The control labelled LFM provides linear audio-rate frequency modulation of the VCF by the triangle waveform of the VCO allowing for other rich sounds.

Portamento is a cheap, optional extra for DIY fitting, although some retailers sold the unit with the option ready fitted. Unfortunately, the positioning of the glide knob on the front vertical panel means that the unit has to be laid flat.

The Dark Energy is a very capable little synth, able to produce fairly complex sounds that belie its single oscillator nature and delivering quite a punch in a very small package. It can produce beefy bass-lines, classic-sounding leads or more aggressive ones, plus interesting, gritty FM-based effects and noises.

And there the story might end, were it not for the patch points that adorn the bottom of the top panel and the back panel. These 1/8 inch sockets allow the Dark Energy to interface with other equipment via 1V/octave control voltages. Consequently, the Dark Energy has been described as a "gateway drug" into the world of modular synthesis!

The Dark Energy can be controlled via traditional DIN MIDI input, or via USB MIDI, the latter being the only digital component in the machine. Between the USB connection and the CV patch-points, the Dark Energy effectively can be used as a MIDI-to-CV interface, another little trick up its sleeve.

The patch-points on the rear deliver CVs controlled by incoming MIDI messages, such as pitch-bend, velocity or control changes. The front panel patch-points comprise outputs for audio and envelope and LFO1 CVs and inputs for external audio and CVs for gate, VCO frequency and pulse-width, VCF frequency and VCA amplitude. 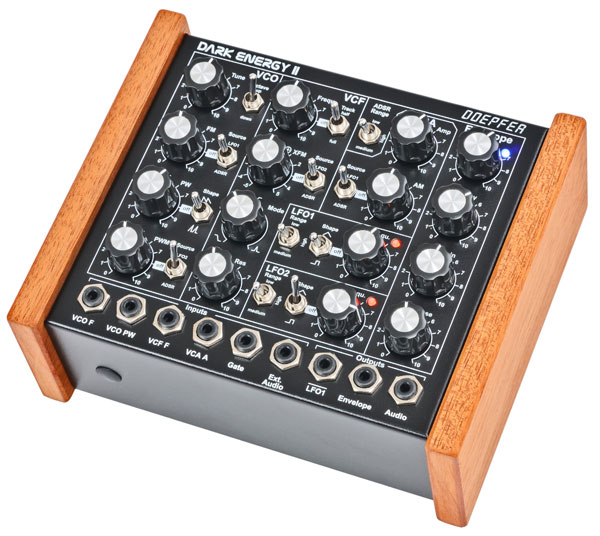 The lack of availability of the Curtis CEM3394 complete-synthesizer-voice-on-a-chip led to the Dark Energy's demise, announced in February 2012. Instead of discontinuation, Doepfer sourced new chip designs and released the Dark Energy II. The new model looks almost identical to the original on the surface. But Doepfer did a lot of redesigning under the hood.

Gone is the triangle waveform, replaced by an inverse sawtooth and the filter is a 12 dB/octave multi-mode affair (instead of the 24 dB lowpass of the Dark Energy I), continuously variable from lowpass, through notch and highpass to bandpass. 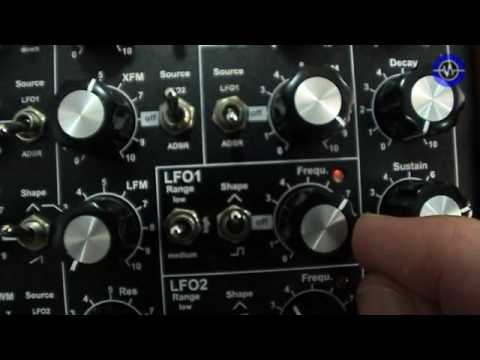 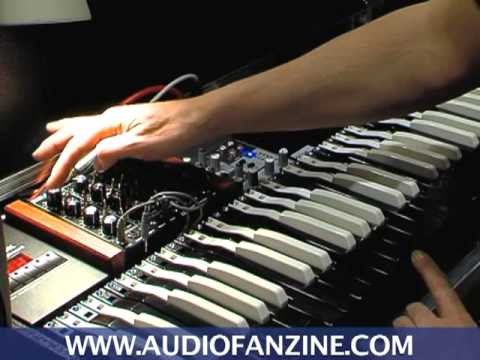 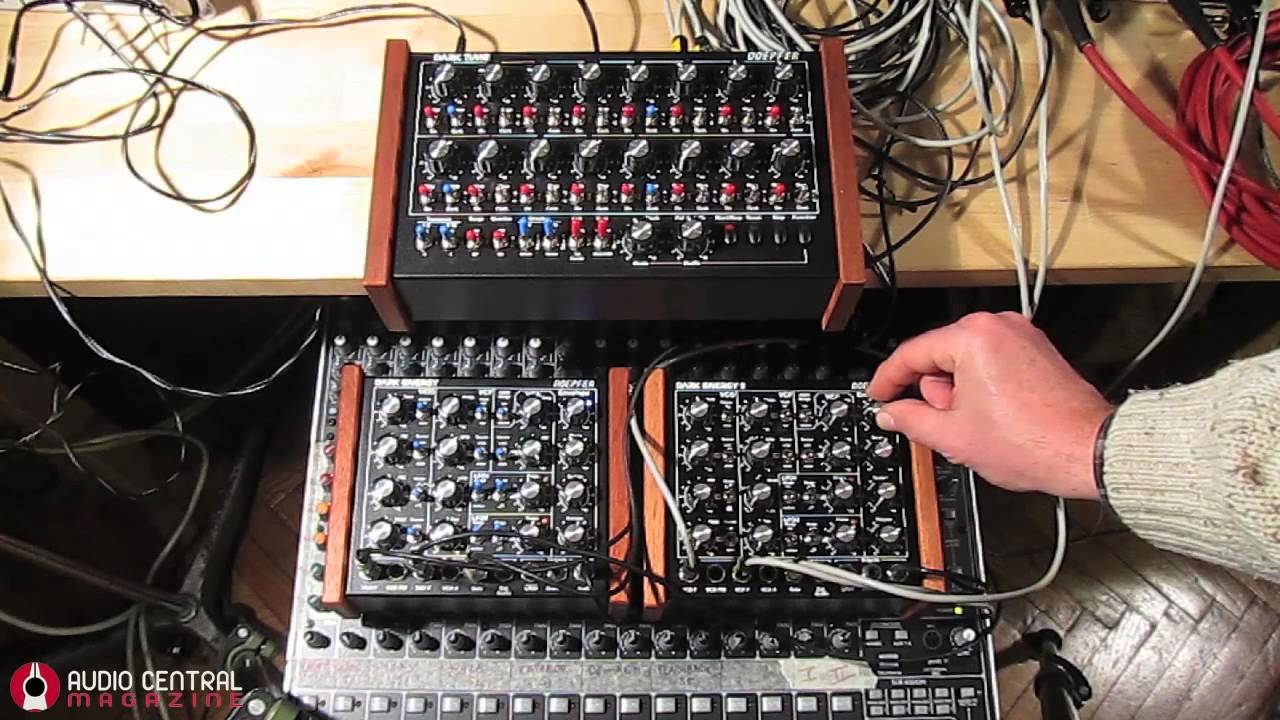 Doepfer Dark Energy Mk I vs Mk II
by
AudioCentralMagazine 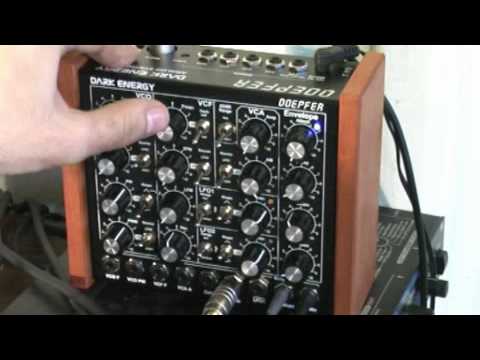 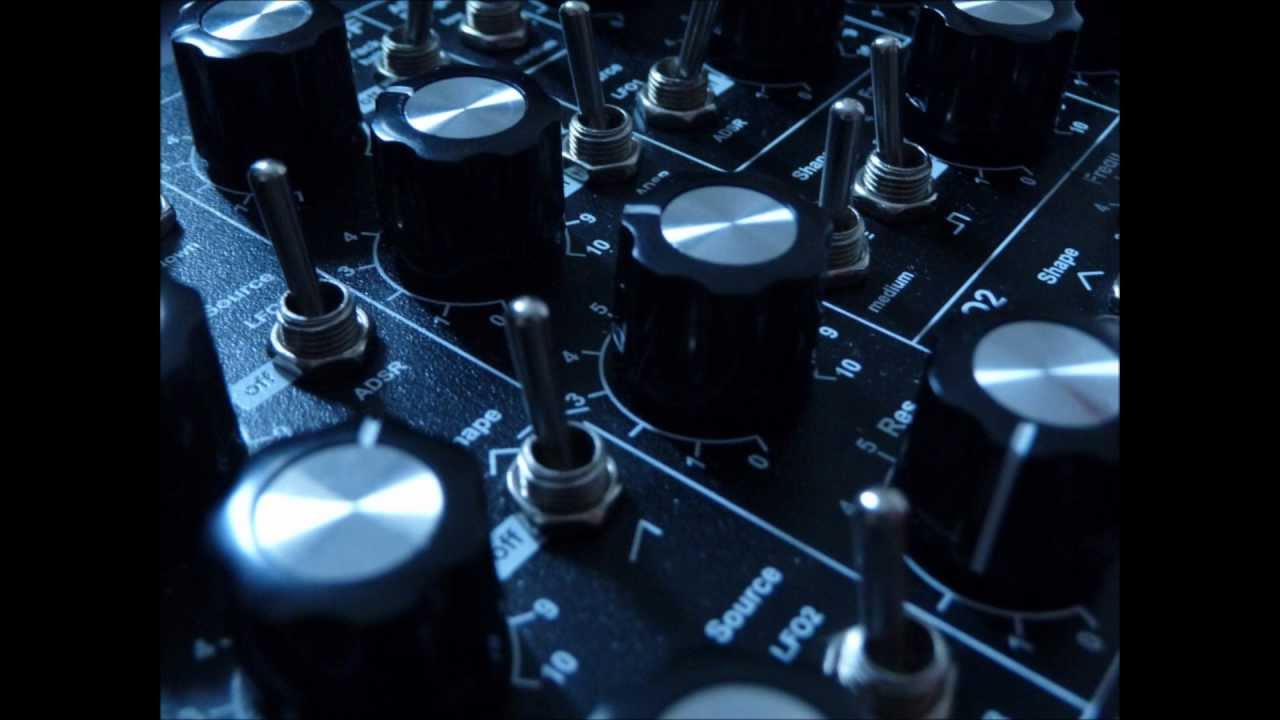 Images and information from Doepfer. Additional images from Sound On Sound and Music Radar.