The Midimoog is an excellent resurrection of the Minimoog by Studio Electronics, a company that has shown with its ATC-1 Tone Chameleon that they can emulate the classic synths. Remaining faithful to the original design, circuitry and components, Studio Electronics has recreated the original in a new rackmount MIDI equipped unit. Every unit has a genuine Minimoog Model D board inside. They've added a new dedicated LFO in addition to the Midi. Unfortunately, due to the 100% analog design of this synth, including the analog pots and switch controllers, retrofitting patch memory to the original Minimoog boards would have been a major electronic undertaking. So just like the original Minis, there is no patch memory storage.

The front panel layout of the Midimoog strongly resembles the Minimoog's original design. Familiar to old Minimoogers and fairly easy to learn and explore for the newer users. As for the sounds... they're the real thing. Three oscillators power this monophonic analog beast to create fat and warm synth basses, leads, blip-bleeps and sweeping sounds. The classic 24 dB/oct lowpass Moog filter is here too, and just as powerful as always. The rack-mountability and MIDI implementation alone make this an excellent choice for anyone looking for the famous warm Moog sounds in a compact yet classic MIDI-equipped module. It has been used by Fatboy Slim, Depeche Mode, Nitzer Ebb, Jean-Michel Jarre, and Glen Ballard (Alanis Morrisette's producer). They are rare, however, and sell for thousands of dollars typically.

Since there wasn't an abundance of people who wanted their Minimoogs turned into a rack, Studio Electronics soon ran out of Model D boards. This led them to produce the MidiMini, which was a clone of the MidiMoog except that instead of using boards from Model D's, they simply built new boards from scratch based on the design and components of the Model D. So the MidiMini offers the same great sound as the MidiMoog and MiniMoog. 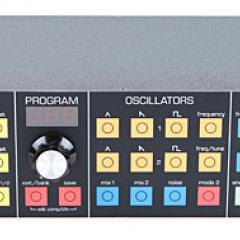 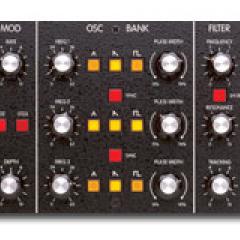 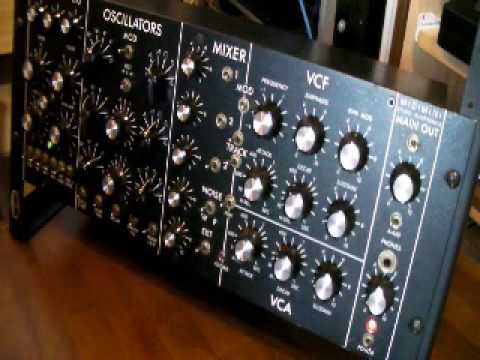