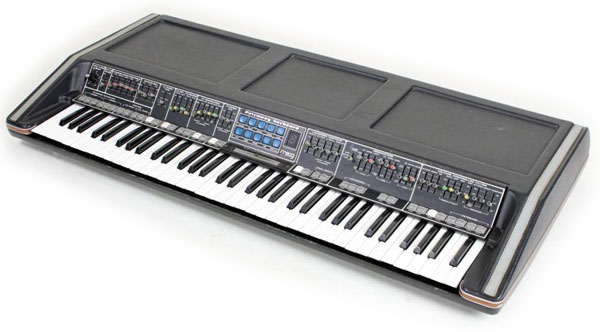 The Polymoog is the descendant of an ambitious project by Moog Music to create a large ensemble system called the Constellation. It was to include two keyboard synthesizers, the polyphonic Apollo and monophonic Lyra, and the Taurus foot pedalboard synthesizer. Although the Constellation project never made it to production, the Taurus pedalboard was released on its own, while the "Apollo Polyphonic Synthesizer" went on to become the Polymoog. It is also noteworthy that the Apollo/Polymoog project did not directly involve Bob Moog and was instead mostly designed by Dave Luce at Moog Music.

The Polymoog (model 203a) is a fully polyphonic preset-based synthesizer released in 1975. Its eight preset sounds consist of Strings, Piano, Organ, Harpsichord, Funk, Clavi, Vibes and Brass. There is also a Var (Variation) mode that allows any one of the preset sounds to be fully modified into unique and wild analog sounds using all of the available synthesis parameters on board. There’s a genuine Moog ladder filter inside with modulation, keyboard tracking and lots of LFO modulation sources. The Polymoog features a full 71-key, velocity sensitive Pratt & Read weighted keyboard that can be split into three sections, each with independent volume sliders. There is a 3-band EQ, sample-and-hold, pitch controller ribbon and a full set of envelope controls. What you won’t find, however, is patch memory or MIDI control.

The Polymoog 203a was originally known as the Polymoog Keyboard. In 1978, a newer, cheaper and more simplified model was released, the Polymoog Keyboard 280a. The original model 203a was thus re-named the Polymoog Synthesizer. The 280a model has more preset sounds (fourteen of them) but eliminated most of the editing functions that make the original 203a so much more flexible. The 280a model’s new preset sounds included Vox Humana, Strings 2, Electric and Honky Tonk pianos, Chorus Brass and a Rock Organ. Because programming is so limited you’re pretty much stuck with the presets. Fortunately the Vox Humana preset is a wonderful sound (used famously by Gary Numan). Editing is reduced to volume, tuning, hi-pass filtering, and basic LFO features. The 280a model can easily be identified by the name ‘Polymoog Keyboard’ printed where sliders and knobs would exist on the 203a model. 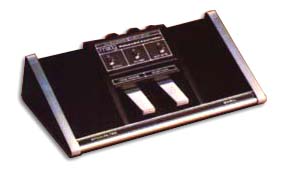 An optional Polypedal board (model 285a) allows for external control of the pitch, filter, and volume via two large black foot pedals. Sustain and trigger mode can be controlled by two smaller silver foot pedals, and external sync of the Polymoog can also be controlled.

It should be noted that the Polymoogs are not true poly synths in the traditional sense. They use a ‘divide-down’ circuitry arrangement similar to certain string synths, combo organs, etc. This allows them to be fully polyphonic across the entire range of the 71-note keyboard. Sadly, the Polymoog is rather unreliable and prone to breakdown; used specimens are often problematic when left unserviced. Unfortunately, their complexity makes them difficult to service and even more difficult to find a qualified technician. By the way, the large amount of real-estate on the top of the Polymoog was designed that way as a place to put your Minimoog (or other synthesizers) on top of it. Don’t worry, it can take the weight, as the Polymoog itself weighs a whopping 82 pounds!

Unique among Moog’s lineup, the Polymoog is not at all like the Minimoog or any of the other mono-synths Moog has become famous for. Instead, it was designed to complement Moog’s monophonic synthesizers. It’s a unique and finicky product, the brain child of David Luce instead of Dr. Bob Moog himself. But like all Moog products, this isn’t an ordinary instrument — it’s the Polymoog and it sounds fantastic for what it is. Polymoog’s have been used by Chick Corea, Blondie, Keith Emerson, Devo, Gary Numan, Prince, Herbie Hancock, Richard Tandy of ELO, Patrick Moraz, Rush, Larry Fast, Wendy Carlos, Tony Banks, Kraftwerk, Geoff Downes, Jimmy Edgar, Freddy Fresh, and Rick Wakeman of Yes.

Lookup Prices for Polymoog 203a 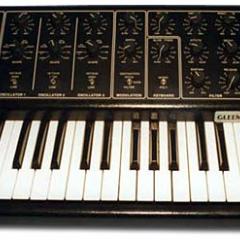 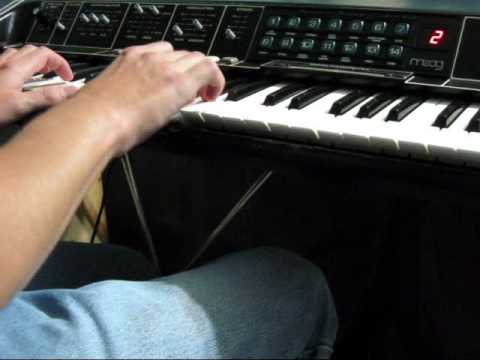 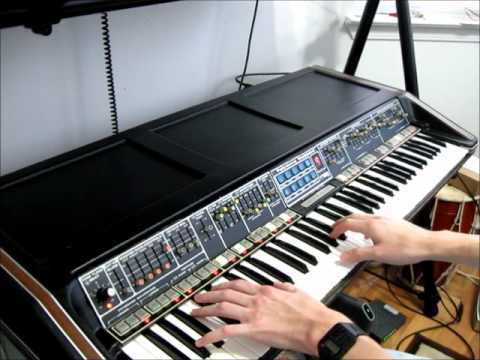 Polymoog 203a demonstration
by
synthpro 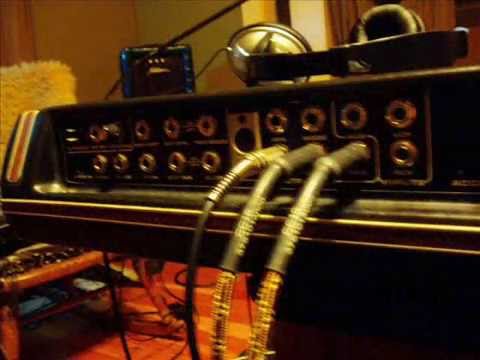